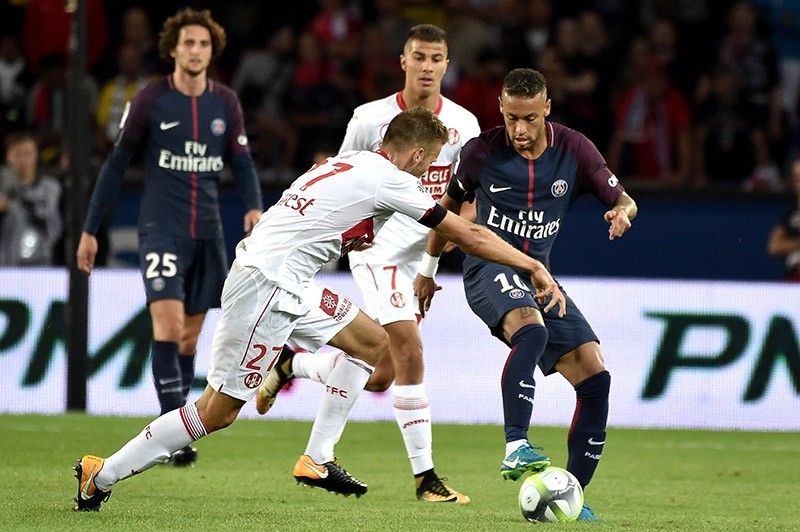 UEFA has opened an investigation into Paris Saint-Germain over the recent transfer activity of the French Ligue 1 club, European soccer's ruling body said on Friday.

"The investigation will focus on the compliance of the club with the break-even requirement, particularly in light of its recent transfer activity," UEFA said in a statement.

The deal for 18-year-old Mbappe was a loan with a commitment to pay a reported 180 million euros ($216 million) next year.

That fueled speculation PSG was seeking to evade UEFA's monitoring of spending rules designed to ensure clubs break even on their football income and spending on players.

The case suggests UEFA could be stricter with high-spending clubs under its President Aleksander Ceferin than his predecessor Michel Platini.

UEFA has power to bar clubs from the Champions League.

Still, there is no suggestion PSG's place is at risk in the group-stage which kicks off later this month.

Though PSG's summer spending spree has clearly raised alarms with UEFA's independent monitoring panel, the French club would seek to balance its books for the financial year by selling other star payers in January.

UEFA committed to Financial Fair Play eight years ago as a pet project of then-president Platini amid doubts that elite clubs would ever be severely punished. Platini's son, Laurent, taking a job closely tied to the Qatari ownership of PSG added to the skepticism.

In 2014, PSG and Abu Dhabi-owned Manchester City were the main targets of the first round of sanctions. Both had 20 million euros ($23.7 million) of their Champions League prize money deducted and had limits imposed on their spending and squad size for matches.

Then, UEFA judges told PSG that a sponsorship deal with Qatar's tourism authority had been inflated above fair market value to help the club comply with the rules.