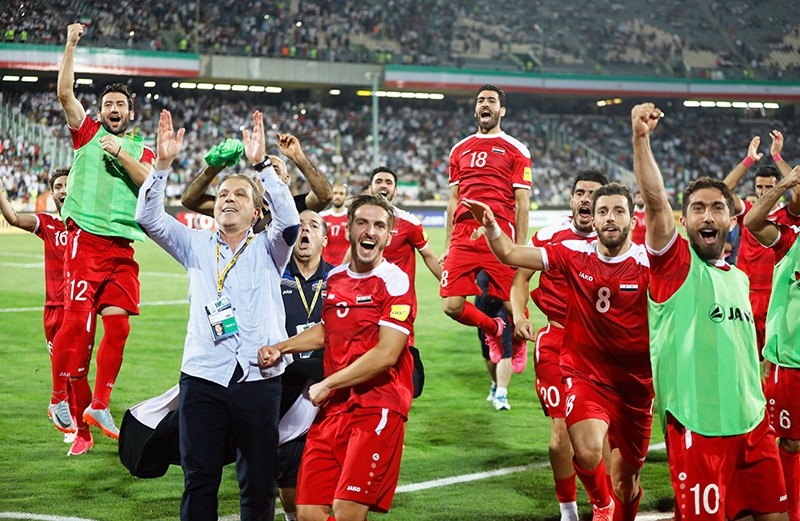 Syrians living in Turkey celebrated Tuesday as their national team secured a place in the play-off round to qualify for the 2018 World Cup in Russia following a dramatic draw with Iran.

The Syrian national team entered the last day of the group stage of the qualifying campaign tied with Uzbekistan for points, but occupied third place in the group, which allowed them to compete for the World Cup in play-offs because they were ahead in terms of goal difference.

Uzbekistan tied South Korea at home 0-0, and hoped that the score in the parallel game between Iran and Syria would stay the same as the former was winning 2-1.

However, a 90+3 minute equalizer from Syria's Omar Al Soma put an end to Uzbekistan's World Cup dreams while setting off celebrations in the war-ravaged Syria and delighting Syrians around the world, including those in Turkey.

Syria has never reached the World Cup before, and their current success comes despite the brutal civil war that has forced them to play all home games abroad.

Scores of Syrians joined by Turks were closely watching the match on the streets of the Aksaray neighborhood in Istanbul.

For a moment, Syrians, who were forced to come to Turkey, seemed to have forgotten the ongoing devastation in their homeland as they danced and waved their flags on the streets of Istanbul celebrating the historic success.

Syria will now face Australia, who also finished third in its group, in a home-and-away series. The winner will go into an intercontinental play-off against the fourth team in North America, the place currently occupied by the U.S.