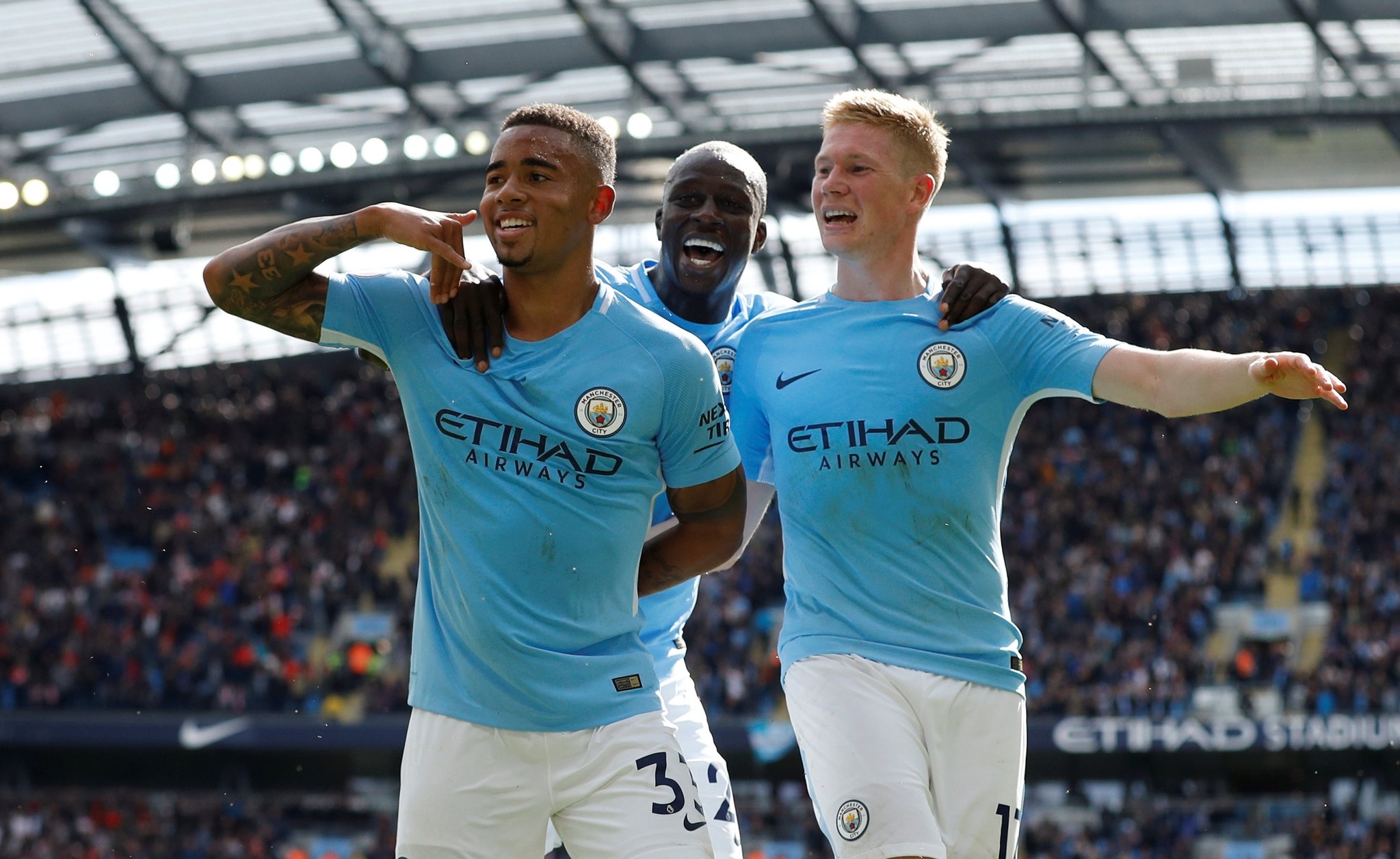 Liverpool suffered their worst defeat under the management of Juergen Klopp with their 5-0 crushing at the hands of Manchester City -- a result the German said he wanted to forget quickly.

The Reds were down to 10 men for the entire second half after losing Sadio Mane, who was sent off for a high challenge on City keeper Ederson in the 37th minute.

Sergio Aguero scored the opener at the Etihad Stadium before Sadio Mane was sent off for a high challenge on City goalkeeper Ederson, who was taken off on a stretcher.

Gabriel Jesus made it 3-0 either side of half-time and was then replaced by Leroy Sane, who added a pair of late goals.

The win lifted City one point ahead of neighbours Manchester United, who are at Stoke later.

"We both had chances, but the game was equal.

"After 10 v 11 it was a little bit easier for us, and we played the second half the way we wanted to."

Aguero put City in front by taking a perfect pass from Kevin de Bruyne and rounding keeper Simon Mignolet to shoot into the open net.

Liverpool's day then worsened when Mane was shown a straight red for a foot to the face of Ederson, who rushed out of his area to head away a high bouncing ball.

"The decisive decision in the whole game was the red card," he said.

"I don't think it was a red card, Sadio didn't see the goalkeeper. It's unlucky, an accident. The keeper comes out. You want to go for the ball. I hope people see it for what it is."

Ederson received a lengthy treatment before being carried off and the delay led to eight added minutes where Jesus doubled the lead by finishing off another de Bruyne pass.

It was 3-0 shortly after the re-star as Fernandinho released Aguero, who squared for Jesus to slot home.

Jesus was then replaced by Sane, who scored in the 77th minute and then wrapped things up in stoppage time with a shot into the top corner from outside the area.

"I will try to ignore the result -- not the mistakes but the result. That is already done," said Klopp, who was disappointed his team did not make more of their opportunities when playing with 11 men.

"We should have scored. We should have had more chances. Mo (Salah) was three or four times on the touchline in the 18-yard box, or even in the six-yard box, and no one was on the front post," he said, referring to moments when the Egyptian winger got behind the City defence but failed to deliver the final ball or a decisive finish.

Already trailing by a goal before the red card, Liverpool went in 2-0 down at the break and then struggled throughout the second period.

"We could have done better in the second half. It was a hard lesson today. We also need to learn, the first half we need to influence the game in another direction. We need to score here. Everybody saw it," he said.

Last time out, Liverpool's front three of Salah, Roberto Firmino and Mane were devastatingly effective in the 4-0 win over Arsenal but this time they were often isolated from the midfield.

"All three up front were not really involved. They didn't create many things," said the German manager.

"We had one of these days where everything so obviously goes against us.

"You don't lose 5-0 when a lot of things are right but I am not concerned in the long term. After the international break, then one man down, young players on the pitch. It was hard for the boys but I don't look for excuses.

"It was not a foul but it was a red card and you have to accept it. That changed the game and we know it. You can talk about the rest. What would have happened if we had played 11 against 11?"