Fenerbahçe forget to win at home 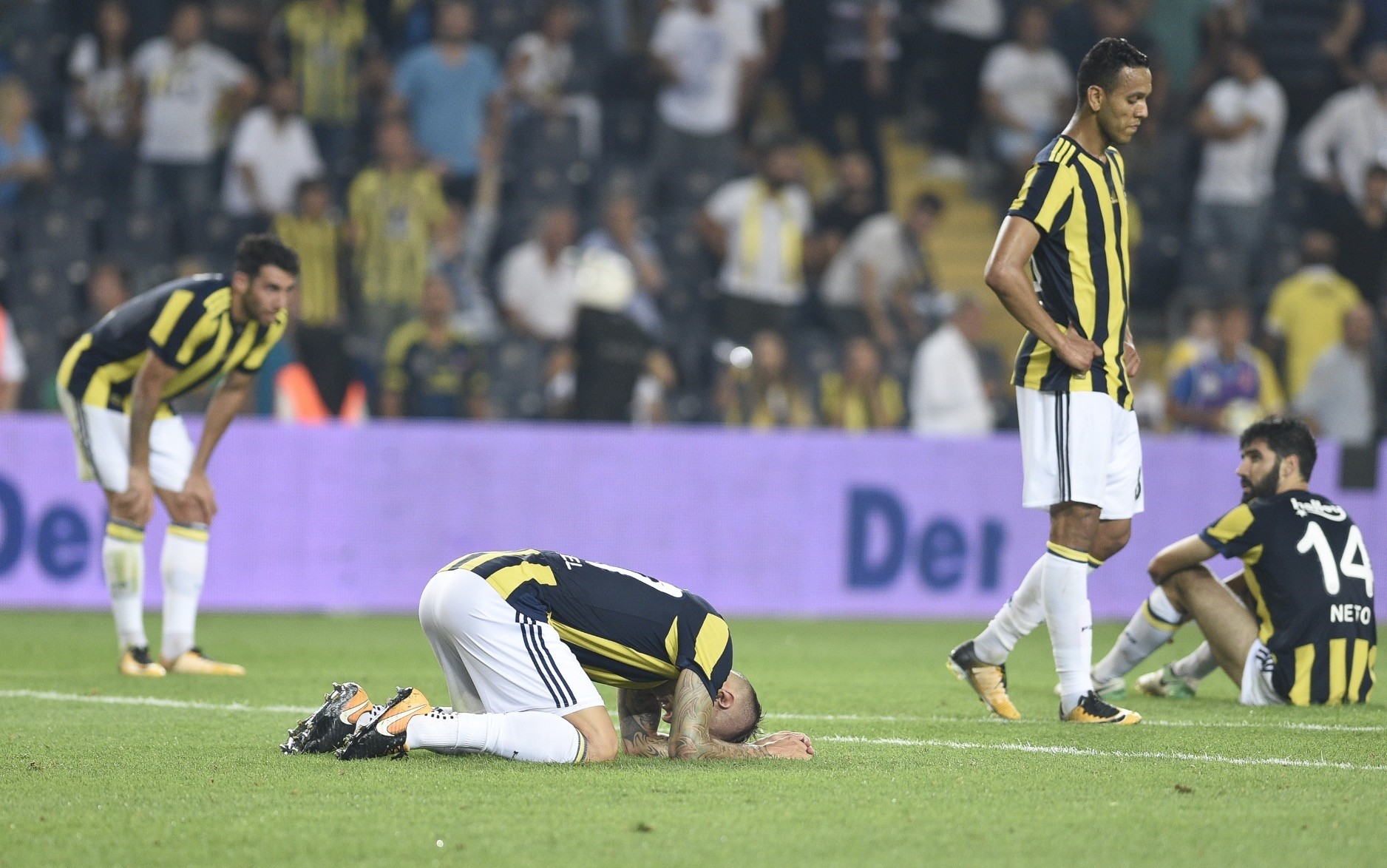 Fenerbahçe's poor run at home continued as they were defeated 3-2 by Medipol Başakşehir at Kadıköy Şükrü Saraçoğlu Stadium Saturday.

Başakşehir were off to a great start in the Super League showdown between the two Istanbul clubs. They went up 1-0 in the second minute when Joseph Attamah headed in an Emre Belözoğlu corner kick.

Başakşehir looked unfazed by the Fenerbahçe home crowd and the visitors increased the margin to two in the 33rd minute as the Striker Emmanuel Adebayor netted the second with a powerful header.

Fenerbahçe managed to pull one back in the 44th minute, when new signing Nabil Dirar's low-driven shot found its way to Başakşehir goal. The home team equalized in the second half when defender Martin Skrtel's deflected header found its way into the net in the 78th minute, giving Fenerbahçe hope of staging a dramatic comeback.

But Başakşehir's Kerim Frei's curved shot in the 94th minute crushed Fenerbahçe's dreams and left the home team without a point.

Başakşehir, who finished the league in the second spot last season, continued their winning streak with the victory and increased their points tally to nine after four matches.

Fenerbahçe, on the other hand, have made one of the worst starts to the league in their club history, only accumulating five points so far.

Angry Fenerbahçe fans once again demanded the club administration's resignation at the end of the match and reacted harshly to veteran goalkeeper Volkan Demirel.

Following the defeat, Fenerbahçe coach Aykut Kocaman said: "It has become a classic for us to concede from the first shot. Başakşehir is a powerful team and it is not easy to come back into a match when you're two down against them. They are the only team who know what they want to do in the Super League. However, I believe in my team. We only need to train together more because we have a lot of new players who must adapt to the team."

In the other clash of the day, title-defenders Beşiktaş defeated Karabükspor 1-0 in their own backyard. The second half was a thriller, as Beşiktaş missed a penalty in the 59th minute.

Midfielder Oğuzhan Özyakup fired the penalty high over the goal as Beşiktaş missed the chance to go up. In the 69th minute, Tosic was booked for a second bookable offense and was sent off, leaving the Black Eagles down to ten men.

However, Özyakup delivered a great pass to winger Ryan Babel, who calmly finished in the 79th minute to bring his team a crucial 1-0 victory. With the win, Beşiktaş now have 10 points from four outings.