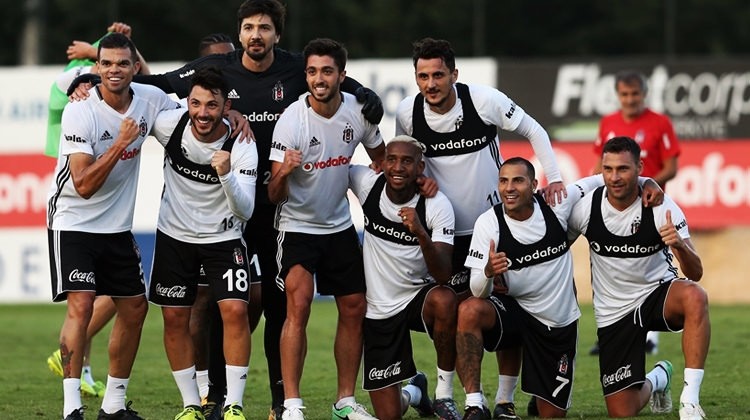 Turkish giants Beşiktaş will kick off their 2017/18 UEFA Champions League campaigns today as they travel to Porto for their opening Group G tie. The Portuguese team have held the upper hand in their previous contests against the Black Eagles and will hope that pattern continues. Porto, Primeira Liga runner-ups last season, have won three of their four matches against Beşiktaş, who themselves have won only two of their 11 games against opponents from Portugal.

These clubs first met in the 2007/08 group stages, with Porto winning both fixtures. The Dragons prevailed 1-0 in Istanbul and 2-0 in Porto, and Ricardo Quaresma, now playing for Beşiktaş, scored in each game.

Porto also won at Beşiktaş in the 2010/11 UEFA Europa League group stages, their 3-1 victory in Istanbul earned by Radamel Falcao and two-goal Hulk. Bobo scored an added-time consolation for the hosts.

The Turkish team avoided defeat against Porto for the first time in their most recent encounter, a 1-1 draw in that same group stage. Falcao was again on target for Porto, via a 36th-minute penalty, but Nihat Kahveci struck on 62 minutes to give Beşiktaş a point. Both sides had a man sent off, with Porto's Cristian Rodríguez (59 minutes) and İbrahim Toraman (67) of Beşiktaş dismissed for two yellow cards. Beşiktaş are facing Portuguese opposition for the third straight season, and have failed to record a victory in those four fixtures.

In 2016/17, they were in the same UEFA Champions League group as SL Benfica, with whom they drew 1-1 away on matchday one and 3-3 at home coming from 0-3 down in the latter match. That draw at Benfica on Sept. 13, 2016, 12 months to the day before this game, was the first time that Beşiktaş had avoided defeat on matchday one. They had lost their five previous opening fixtures.

In 2015/16, Sporting Lisbon were Beşiktaş's rivals in the UEFA Europa League group stages, the Istanbul club being held 1-1 at home before a 3-1 defeat in Lisbon that ended their interest in the competition and took Sporting through.

In 2016/17, the Turkish team finished third in their group and moved into the UEFA Europa League, where they got as far as the quarter-finals before losing on penalties to Olympique Lyonnais. A 2-1 first-leg defeat in France halted Beşiktaş's five-match unbeaten away record (W2 D3) in Europe.The Istanbul club collected four points on their travels in last year's group stages, the highlight being a 3-2 triumph at Napoli. They have won twice in Portugal: 2-0 at SC Braga in the 2011/12 UEFA Europa League round of 32 and 3-1 against Vitoria SC in the 2005/06 UEFA Cup group stages. Their record in nine games against Portuguese sides is W2 D2 L5 (W2 D1 L2 away).

This is Porto's seventh successive group stages campaign and their 22nd in total. In 2016/17, they reached the round of 16, bowing out against eventual runners-up Juventus (0-2 home, 0-1 away). Last season was the third time in the last six campaigns that Porto have progressed from their group. They have however won only two of their last seven home matches in European competition. In last autumn's group stages, they picked up seven points at home.

The Portuguese club have won their other two home games against Turkish opponents, beating Denizlispor 6-1 in a 2002/03 UEFA Cup fourth round first leg (8-3 on aggregate) and Fenerbahçe 3-1 in the 2008/09 UEFA Champions League group stages. Porto's overall record against Turkish teams reads W6 D2 L0. Vincent Aboubakar spent 2016/17 on loan at Beşiktaş, scoring 12 goals in 26 league outings and adding five more in Europe. Beşiktaş defender Pepe was also a Porto player from 2004 to 2007, winning two Liga championships; he registered six goals in 64 Liga games. He was also at CS Maritimo from 2001 to 2004.