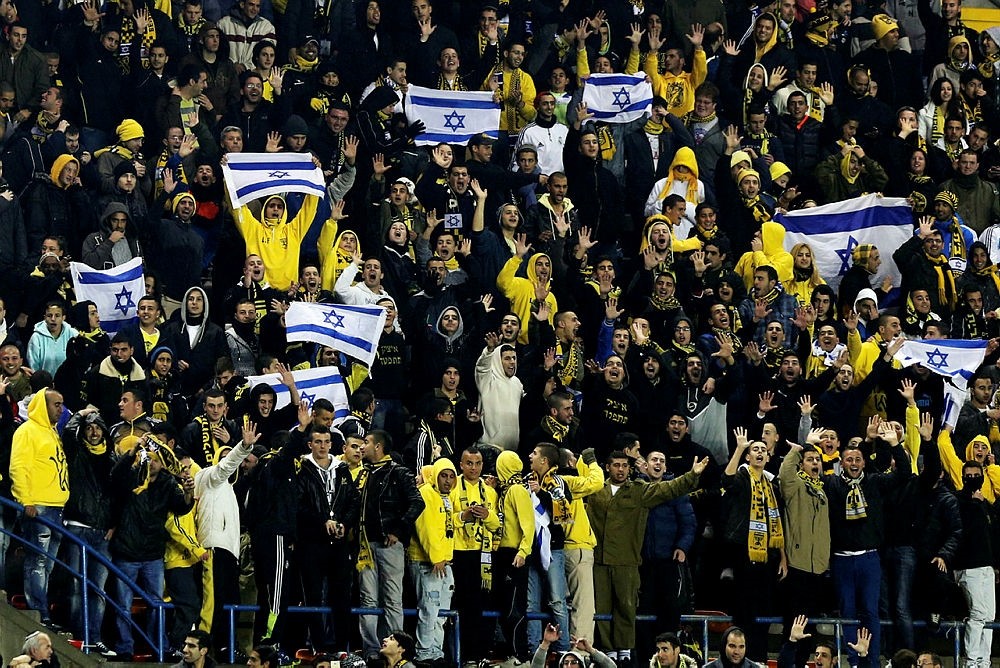 Supporters of Beitar Jerusalem cheer their team during a soccer match against Maccabi Umm el-Fahm at Teddy Stadium in Jerusalem in this January 29, 2013 file photo. (Reuters Photo)
by Sep 14, 2017 12:00 am

The professional adviser of an Israeli football club known for its far-right fan base has resigned after saying he would never sign a Muslim player, a spokesman said on Thursday.

Eli Cohen, a veteran manager who was hired to the position at Beitar Jerusalem earlier this month, had said that past attempts to bring Muslim players to the club failed bitterly.

"I experienced firsthand what happened when Muslim players came five years ago, and therefore I'd never bring a Muslim player to Beitar," he said in a Wednesday interview with the Yediot Aharonot newspaper.

Cohen had been Beitar's manager three times in the past, including in 2013 when the club signed two Muslim players from Chechnya, angering some fans and forcing the team to hire bodyguards to protect them.

Stressing he had coached "many Arab and Muslim players" at other clubs he had managed over the years, Cohen said anyone who called him a racist was "stupid".

Just hours after the remarks were published, Beitar chairman and Israeli footballing great Eli Ohana summoned Cohen to a meeting and the adviser apologised and resigned, a club spokesman said.

Beitar, known for its anti-Arab chants and often violent ultra-nationalist Jewish fans, has been struggling to change its racist image.

Last month, it was awarded an anti-racism prize by Israeli President Reuven Rivlin for its youth work and establishment of a forum to deal with incitement and racism.

The club, the only team in the Israeli league that has never had an Arab Muslim player, has a controversial history.

Its fans often sing anti-Palestinian chants at matches, including "Death to Arabs".

They have also chanted support for Yigal Amir, a far-right Jewish nationalist who assassinated Israeli prime minister Yitzhak Rabin in 1995.

The signing of Chechens Dzhabrail Kadaev and Zaur Sadaev prompted angry fans to set fire to the club's offices in an act that Israeli Prime Minister Benjamin Netanyahu, a lifelong Beitar fan, described as "shameful".