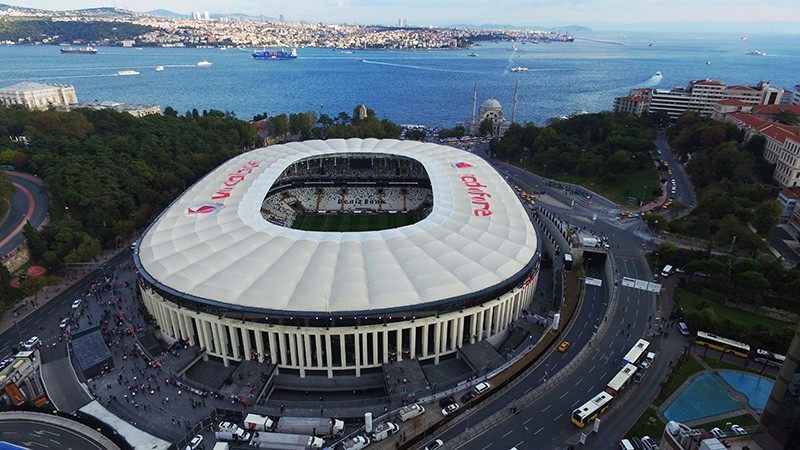 The Vodafone Arena was opened in April 2016. Located at the heart of the city a stone's throw from the elegant Ottoman Dolmabahçe Palace complete with a Bosporus view, the Vodafone Arena sits in an enviable spot. The club spent about TL 350 million ($100 million) for construction, which lasted three years.

The venue has a capacity of about 43,000 spectators and boasts special lounges, smart applications such as StadiumVision technology, enabling multimedia experience in screens installed throughout the stadium for fans to watch important moments of matches, and high-speed Wi-Fi.

The stadium also has environmentally-friendly features including the use of solar energy in its operations and storage of rainwater for later use in watering the pitch.

The last major European final game was held in Istanbul 12 years ago. In 2005, Turkey's largest city hosted arguably the best UEFA Champions League final in history – a 3-3 tie between AC Milan and Liverpool, which was won by the English side in penalty shootout. The 2005 final is known among the football fans as 'Miracle of Istanbul' as Liverpool managed to overturn Italian heavyweights' first-half 3-0 advantage.