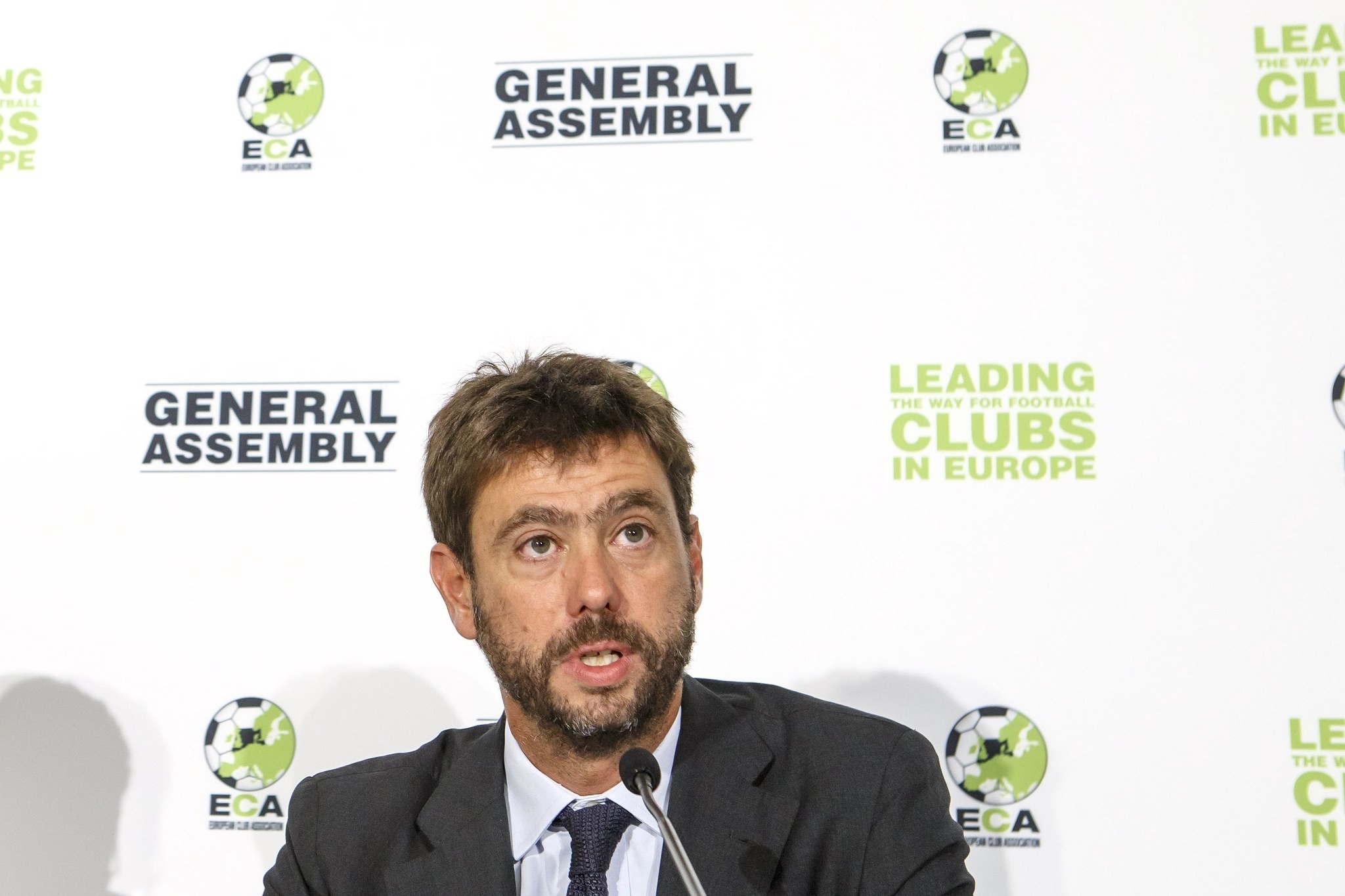 The new chairman of the European Club Association (ECA), Agnelli attends a press conference after the plenary general assembly of the ECA in Geneva, Sept 5, 2017. (EPA Photo)
by Associated Press Sep 25, 2017 12:00 am

Juventus president Andrea Agnelli has been banned for one year by the Italian soccer federation for his role is selling tickets to hard-core "ultra" fans that encouraged scalping.

The federation's prosecutor, Giuseppe Pecoraro, had requested a 2 1/2-year suspension, a fine and an order to force Juventus to play two home matches behind closed doors. He said he will appeal in a bid for a tougher sentence.

"I am partially satisfied because we managed to prove everyone's guilt but the facts are so serious that I think they should be punished more," Pecoraro told Italian news agency Ansa. "I think the judgment of another court would be useful, taking into account that the resources coming from the ticket scalping went to a criminal organization, and that is very serious."

Agnelli allegedly authorized the sale of season passes and other tickets. He has acknowledged meeting with Rocco Dominello, an "ultra" fan linked to the Calabrian 'ndrangheta crime mob who has since been sentenced to nearly eight years in prison for scalping.

But Agnelli said the meetings came only with large numbers of other fans at celebratory occasions and that the club never intended to engage in illegal activity.

Each of the four has also been fined 20,000 euros ($24,000) for violating sporting integrity and illicit relations with fans.

The 41-year-old Agnelli has led Juventus, the club his family has owned for nearly a century, since 2010. Agnelli has also been a non-voting member of the UEFA executive committee since 2015. He received full voting rights last week at a UEFA meeting in Geneva.

Dominello's father, Saverio Dominello, was sentenced to 12 years in prison by a court in Turin in June for his role in the scalping case.

Anti-mafia prosecutors said the 'ndrangheta was involved in scalping among Juventus ultra fans for at least 15 years, guaranteeing order in the stadium in exchange for open ticket access.

Juventus has denied any wrongdoing.