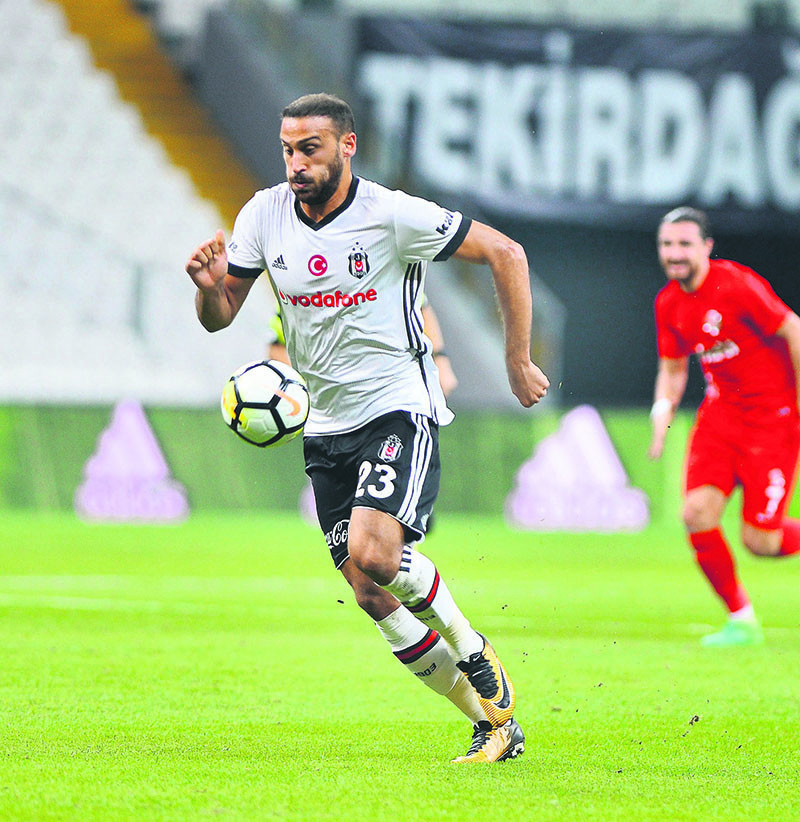 The Eagles host Leipzig in Group G of the Champions League today. The Istanbul side are seeking their first victory against German opposition after failing in seven previous attempts

Turkish champions Beşiktaş meet Leipzig for the first time as the German upstarts hunt a maiden win in their debut season in Europe today. Beşiktaş kicked off their campaign with a 3-1 win at Porto but they are seeking their first victory against German opposition in their eighth attempt. The Istanbul club have lost just once in 17 European home games but drew all three fixtures in last season's group stage. They lost a heated derby at Fenerbahçe 2-1 on Saturday and finished with eight men as five players were sent off in total including Ricardo Quaremsa. Leipzig finished second to Bayern Munich in 2016-2017, their first season in the Bundesliga, but have made a slower start to the new campaign, losing twice already. While this is a first European away game for debutants Leipzig, Beşiktaş have lost all three previous home matches against Bundesliga visitors without scoring, and they have been beaten in all but one of their games against German sides overall. The Turkish team won their last three European home fixtures and are unbeaten in their last nine matches in Istanbul since a 3-1 loss to Club Brugge in the 2014-2015 UEFA Europa League round of 16. That is the sole reverse in their last 17 European home games.

Beşiktaş drew all three home matches in last season's group stage, and have drawn their last four home fixtures in the UEFA Champions League, qualifying included. The 3-1 third qualifying round win against Feyenoord in August 2014 is their only home victory in their last eight games in this competition, again including qualifying - although they are unbeaten in their last five such fixtures in Istanbul.

In 2016-2017 Beşiktaş finished third in their group and moved into the UEFA Europa League, where they got as far as the quarter-finals before losing on penalties to Olympique Lyonnais. Beşiktaş have not faced a German side since November 2009 in a 3-0 loss at home to Wolfsburg in the UEFA Champions League group stage. That result followed a 2-0 home reverse to Bayern München in the 1997-1998 group stage and a 1-0 home loss to Borussia Dortmund in the 1989-1990 European Cup Winners' Cup first round (1-3 aggregate). A goalless draw in Wolfsburg in 2009-2010 is the only time Beşiktaş have avoided defeat against German clubs. They have conceded 12 goals in their seven matches, scoring two. On the other hand, Leipzig started Group G with a 1-1 draw at home to last season's semi-finalists Monaco FC. Leipzig qualified for a first foray into continental competition by coming second in the 2016-2017 Bundesliga - in what, remarkably, was their debut season in the German top flight. Leipzig are the 12th club to represent Germany in the UEFA Champions League group stage. The German side were also the first team from any country to make their European debut in the group stage of this competition. Notably, there are three Germany-born players in the Beşiktaş squad: Cenk Tosun (born in Wetzlar), Tolgay Arslan (Paderborn) and Orkan Çınar (Dortmund). Atınç Nukan, who is not in Beşiktaş's UEFA Champions League squad, is on loan from Leipzig.

In the other Group G match this week, Porto have fond memories of their only previous encounter with Monaco - Jose Mourinho's side beat Didier Deschamps's team 3-0 in the 2004 Champions League final in Gelsenkirchen.