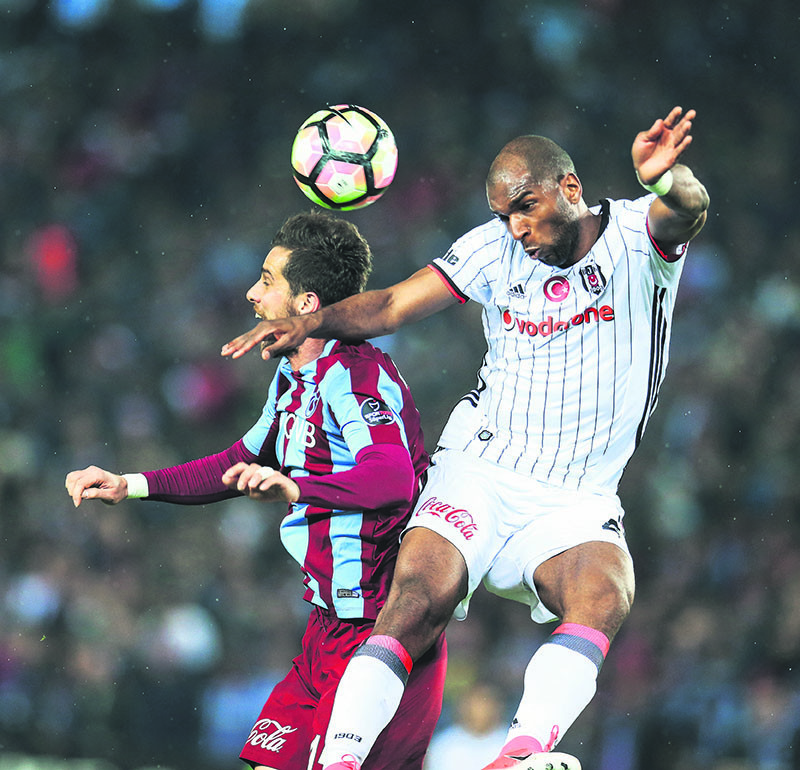 Turkish Spor Toto Super League's gameweek seven actions came to end Sunday with league leaders Galatasaray building up a hefty five-point lead over their nearest rivals Beşiktaş and Kayserispor. On Sunday, second-placed Beşiktaş faced Trabzonspor in the league's one of the most highly anticipated clashes. However, the key tie at Istanbul's Vodafone Park ended in a 2-2 stalemate. Beşiktaş, coming off of an impressive Champions League win against RB Leipzig Tuesday, opened the score sheet thanks to a goal by Brazilian attacking midfielder Anderson Talisca in the 13th minute. Trabzonspor replied eight minutes later when Olcay Şahan scored from a low driven shot. Şahan, a former-Beşiktaş player, did not celebrate the goal out of respect for the fans. In the second half, Beşiktaş once again got the best of Trabzonspor, with a goal from Jeremain Lens in the 58th minute.

Trabzonspor piled the pressure and eventually found the equalizer in the 80th minute as striker Hugo Rodallega hit the back of the net with a header. With the draw, Beşiktaş remain second with 14 points. They are ahead of third-placed Kayserispor on goal difference. Earlier in the week's opening match Friday, the other powerhouse Fenerbahçe tripped up their recent revival after suffering a 1-0 defeat at the hands of Akhisar Belediyespor. Fenerbahçe are now left in seventh place with 11 points as pressure mounts on manager Aykut Kocaman to deliver. The Turkish football leagues will go now into an international break this week for the remaining qualifying matches for the 2018 World Cup. Turkey, third in Group I with 14 points, will play two crucial matches during the break. The Crescent-Stars will host second-placed Iceland in Eskişehir Friday, before traveling to lowly Finland for their last group stages match on Oct. 9. With just seven points, the Finns are already out of the contention.