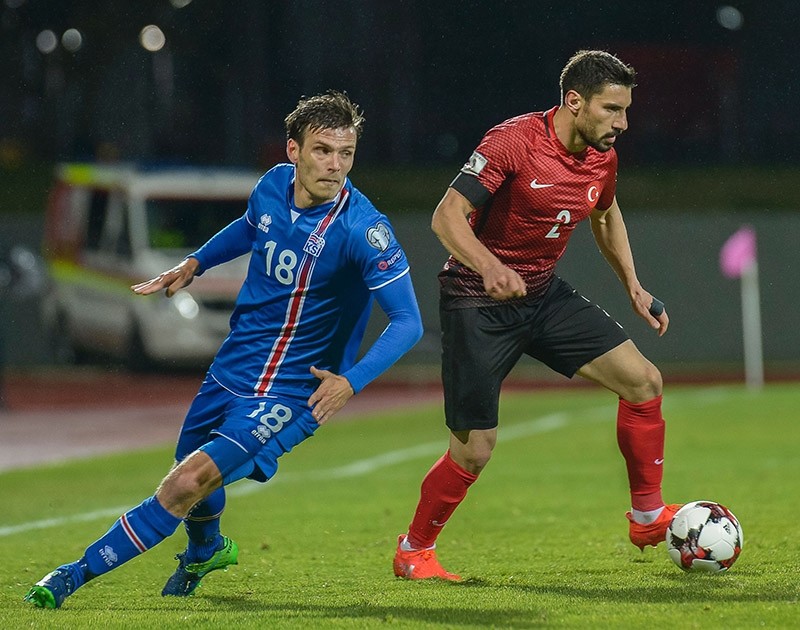 With just two matches left in their World Cup European Qualifier, Turkey are two points and one place behind Iceland

With the future of their World Cup campaign on the line, Turkey's national football team face Iceland in a must-win European Qualifiers tie at Yeni Eskişehir Stadium tonight. The Group I match, set for a 9.45 p.m. kickoff, will be crucial for both sides. Iceland currently sit second in the group with 16 points in eight matches while Turkey are placed third with 14. Meanwhile, Turkey's Romanian manager Mircea Lucescu will not be able to watch the match from the sidelines after he was handed a one-match ban by FIFA for protesting referees' calls during a match against Ukraine. Winning will be the only option, if Turkey want to remain in contention for a place in the next year's World Cup in Russia. The Crescent-stars will play their last group match against lowly Finland, which are already out of the race. In the group's other matches, Croatia will take on Finland while Kosovo face Ukraine today.

In Group D, Ireland will host Moldova and Austria will face Serbia. A win will see Serbia through. They will also go through in case of a draw, and if both Wales and Ireland fail to win, or if Wales lose and Ireland fail to win. Wales, on the other hand, will secure a top-two spot if they win and the Republic of Ireland do not. Austria must defeat Serbia and hope Ireland and Wales fail to win to stay in contention for second place.

In Group G, Liechtenstein will take on Israel and Italy will face Macedonia and Spain will host Albania today. Spain, assured of a top-two-finish, will qualify if they better Italy's result. Italy will be guaranteed at least second place if they draw.Spain coach Julen Lopetegui endured a nightmare weekend ahead of matches against Albania and then Israel. He lost three likely starters, Dani Carvajal, Andres Iniesta and Alvaro Morata, through injury and saw Gerard Pique reduced to tears as he considered his Spain future. Barcelona's Pique played 90 minutes against Las Palmas Sunday but looked drained when asked about images of police brutality against citizens voting in the illegal referendum on Catalan independence.

"I think I can keep playing for the Spain team because I think that there are many people throughout the country that are completely against the acts we have seen today and who believe in the democracy. Italy face a shortage of midfielders and miss their striker Andrea Belotti for that match and closing the group at Albania Monday. Coach Gian Piero Ventura already had to replace midfielders Marco Verratti, Lorenzo Pellegrini, and veteran Daniele De Rossi.

Belgium are the only European nation to already have qualified for the 2018 World Cup alongside hosts Russia. Only the nine group winners automatically go to Russia while the best eight runners-up enter November play-offs.