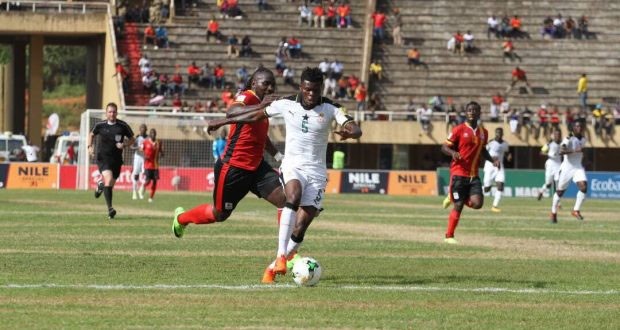 The Ghana Football Association has protested to FIFA over the performance of referee Daniel Bennett in a World Cup qualifier against Uganda, saying he denied the Ghanaians a legitimate late goal and also a penalty.

The GFA says it wants the game to be replayed.

Ghana and Uganda drew 0-0 in Uganda on Saturday, hurting Ghana's chances of qualifying for the World Cup next year in Russia. Egypt could take the qualifying spot from Group E if it beats the Republic of Congo on Sunday.

Ghana was emboldened by FIFA's unprecedented decision last month to order a South Africa-Senegal qualifier from 2016 to be replaced because of match-fixing by the referee. The Ghana federation says it wants FIFA to "examine" the performances of Bennett and his assistant referees in its match.

The GFA says it is questioning the disallowed 93rd-minute goal and penalty, as well as other decisions by the officials.

Ghana had two goals disallowed for offside by Bennett of South Africa and assistant referees Eldrick Adelaide and Steve Marie, both of Seychelles. Frank Acheampong's appeal for a second-half penalty was also turned down.

The GFA says it filed the protest with FIFA immediately after the 0-0 draw in Kampala.

FIFA ordered South Africa's 2-1 win over Senegal last November to be scratched out and the game replayed after Ghanaian referee Joseph Lamptey was found guilty of fixing for giving South Africa a penalty for a non-existent handball.

Lamptey was banned for life, and the replay could help Senegal qualify for the World Cup.

Burkina Faso, which could be denied a place in Russia because of the South Africa-Senegal replay, has appealed FIFA's decision, arguing that ordering a replay is unfair on the other teams in the group.