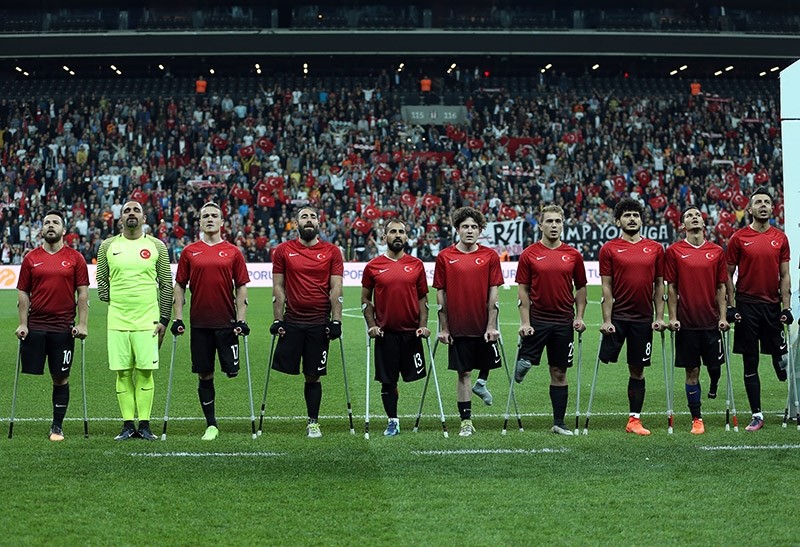 Players of Turkey stand for a moment of silence before the EAFF European Championship final against the U.K. at Vodafone Park in Istanbul on October 9, 2017. (AA Photo)
by Daily Sabah with AA Oct 09, 2017 12:00 am

An emotional evening in Beşiktaş' home stadium proved to be a title night for the Turkish team that scored the winning goal in injury time to claim the European title.

Turkey led 1-0 at halftime thanks to a goal in the 25th minute by Ömer Güleryüz.

VIDEO — Ömer Güleryüz scores the opener for the Turkish national amputee football team in the final against England https://t.co/jMYAQKh6yR pic.twitter.com/9UNI8xJ14X

Although the dominant display from the Turkish team continued until the final minute, England's Ray Westbrook still managed to tie the game in the 50th minute.