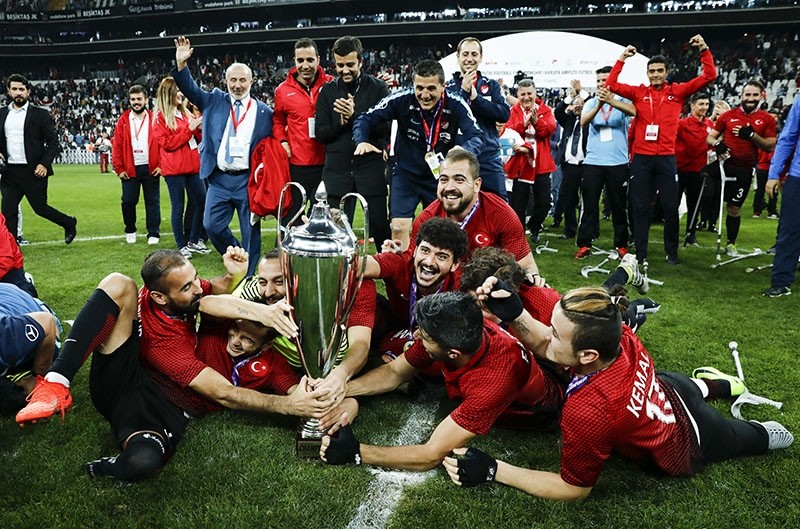 The performance of Turkey's triumphant amputee footballers was described as "incredible" by UEFA on Tuesday.

Some leading football websites also carried the victory on their pages.

"This is why we love the game," it added.

"This is how it feels to win the Amputee European Championship," it wrote, adding the Turkish flag and heart emoji just near the message.

Turkey led 1-0 at halftime thanks to a goal in the 25th minute by Ömer Güleryüz.

Although the dominant display from the Turkish team continued until the final minute, England's Ray Westbrook still managed to tie the game in the 50th minute.

However, Turkish team captain Osman Çakmak scored two minutes later to give Turkey the title. Çakmak is a veteran who lost one of his legs in a landmine explosion in an operation against the PKK terrorist group while carrying out his military service.

President Recep Tayyip Erdoğan congratulated the team in a telegram.

"I wholeheartedly congratulate the amputee national football team who became European champions by defeating England. Turkey is proud of you!" Erdoğan also tweeted.

Turkcell, the main sponsor of the team, also distributed a championship bonus of 200,000 Turkish liras ($54,300) to each of the players.