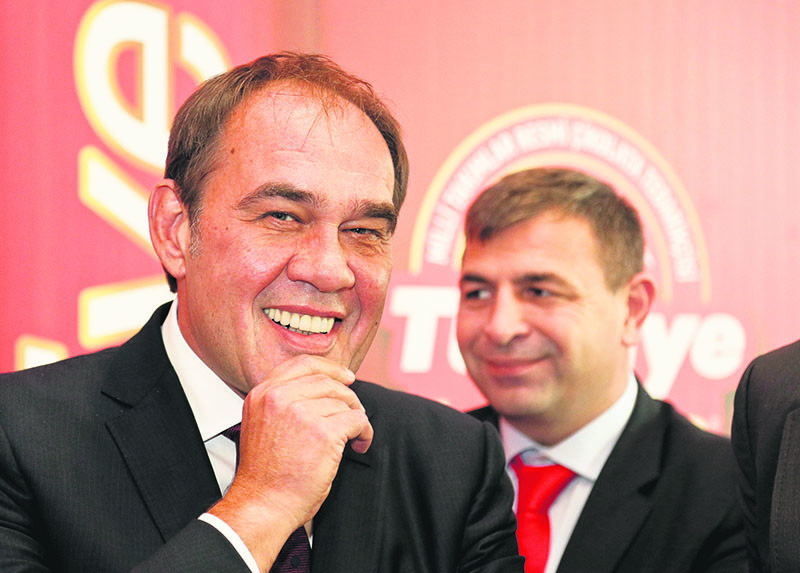 Speaking to sports broadcaster beIN, Demirören said, "With more foreign players, the quality of our league has improved. It has brought down the price of local players and filled the stadiums. But, we will discuss how we can increase the number of local players on the pitch in an administrative meeting. Maybe the number of foreign players on the bench could be reduced."

He added that the TFF might limit the number of on-field foreign players to eight. Currently, Turkish Super League clubs can field as many as 11 at any one time.

"We place great importance on youth development but our clubs don't. They don't raise their own footballers. They don't want to invest in youth development. That's why new stars don't emerge. Besides, most of the current coaches are former players who have just retired. How many of them are capable that's another question," he said.

Voicing his opposition to the video referee system, he said, "I am also against the concept of video assistant referee in football. I believe this technology will kill football's soul. But the Union of Clubs and our teams want it. It is difficult to put it in action until January but we are working on it. UEFA will approve it after a series of tests. But I think it should not be put into action in the middle of the season. It should begin next season."

Meanwhile, talking about referees the TFF chairman said, "Referees are scapegoats. The clubs and coaches are irresponsible about their squads. They only blame referees. Everywhere in the world referees make mistakes but no country discusses these mistakes as much as we do."

"We are lucky that our President Recep Tayyip Erdoğan places great importance on sports. He has provided a lot of support. No country has built so many stadiums over the last decade," he added.

Back in 2015, the TFF and the Association of Football Clubs announced new rules on the number of foreign football players a team can field, coming into force in the 2015-2016 season.

Under the old system, only five non-Turkish players were permitted to play at any one time and three foreign players are allowed on the bench. But under the current rule, a Turkish Super League team is allowed to take to the field with a team entirely composed of foreign players.

Some argue that the removal of the limit on foreign footballers has harmed Turkish football. They insisted that the national team suffered as a result of local players finding it impossible to get first-team football.

Some football administrators, on the other hand, have supported the abolition of the foreign footballer quota. They argued that Turkish teams were now able to compete better with their European rivals. The move also lowered the price of Turkish players, helping some of the smaller teams.