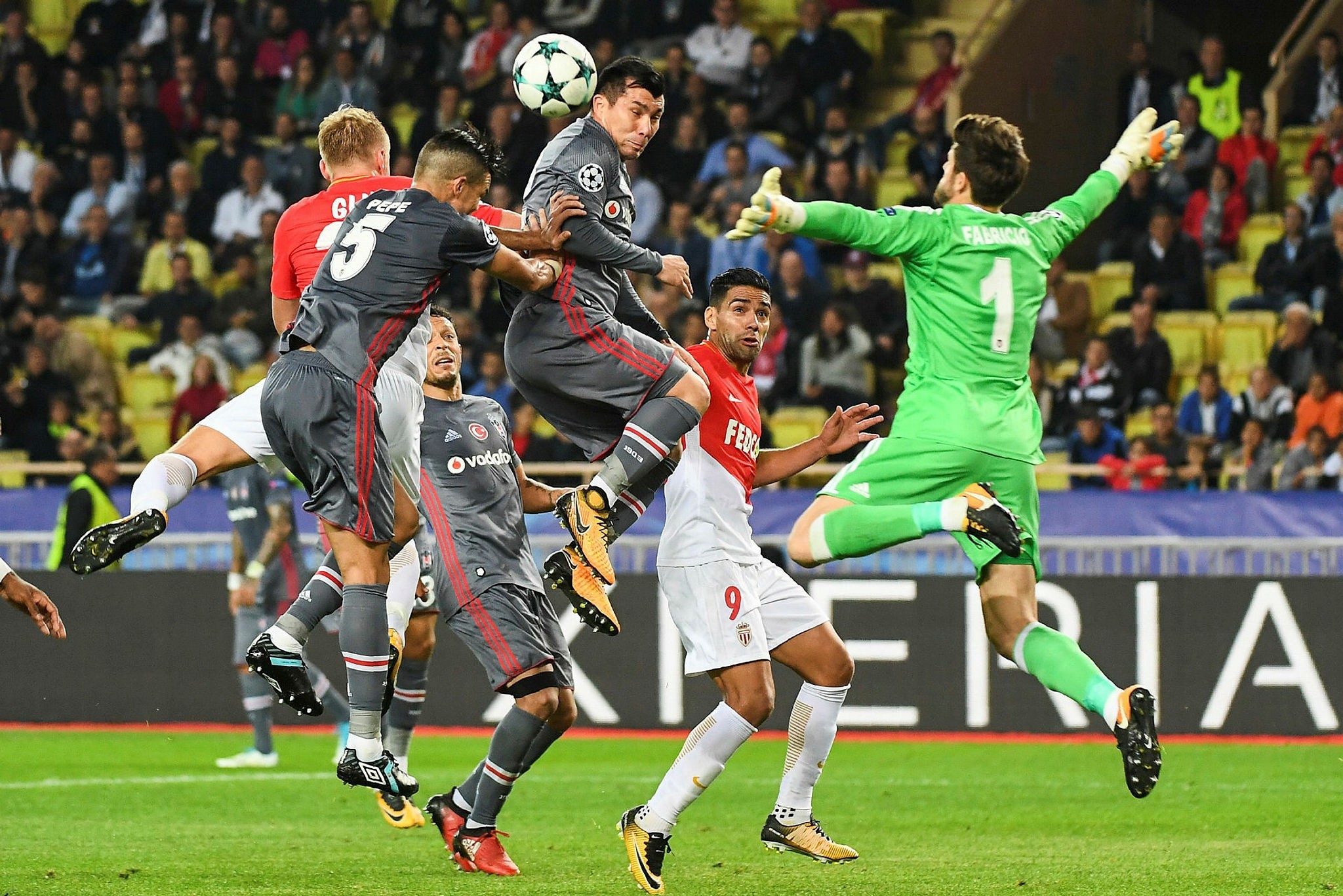 With a 2-1 win over Monaco, the Black Eagles became the first Turkish team ever to win three consecutive matches in the Champions League, taking a step further towards qualifying for the knockout stages

Istanbul heavyweights Beşiktaş defeated AS Monaco 2-1 in an away match late Tuesday, extending its winning streak as the leader of the Champions League's group G with 9 points.

Radamel Falcao put Monaco ahead in the 30th minute after running onto Balde Keita's well-timed pass and guiding the ball into the right corner. It was the Colombia striker's 13th goal of the season. 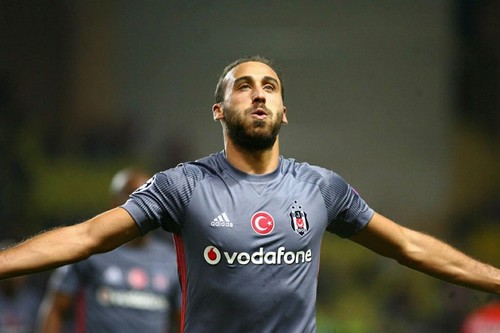 Last week, he scored twice for Turkey against Finland in a World Cup qualifier. Last season, he netted 20 league goals for the Istanbul side. 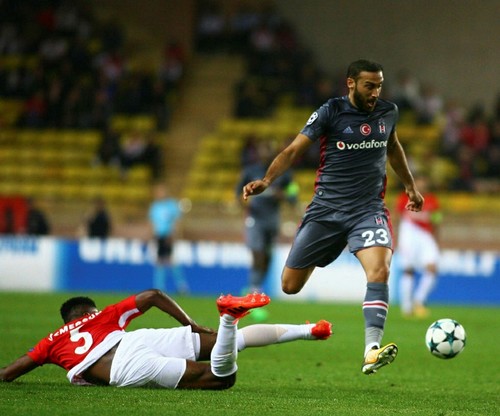 Tosun showed those poaching instincts, finishing neatly after midfielder Tolgay Arslan's shot came back off the post in the 54th. 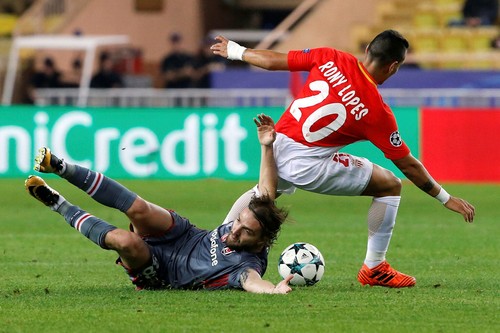 In doing so, they became the first Turkish team ever to achieve this feat. Moreover, this is the first time Beşiktaş has won against a French team in an away match.

Monaco, last season's swashbuckling semifinalists, were heading the other way with one point from three matches. However, with Leipzig beating Porto 3-2 in Group G's other game, Monaco still have a chance and play Beşiktaş away on Nov. 1. With three games left, Leipzig have four points and Porto three.

"It was a balanced game, competitive from both sides. The difference was that they were more efficient," Monaco coach Leonardo Jardim said. "They were more mature in key moments. But the attitude and hard work of our players is the path to follow, and they gave their all."

Meanwhile, Beşiktaş coach Şenol Güneş said, "It was a good day. The three points we got here will be a very good advantage for us. Our chances for a place in the knockout stages have increased, but there no guarantee yet. We are the most advantageous team in the group. Our players did their duties."

Meanwhile, Beşiktaş striker Cenk Tosun has been shining with his superb performance in both the Turkish league and on the international level. Last week, Tosun scored twice for Turkey against Finland in a World Cup qualifier.

Last season, he netted 20 league goals for the Istanbul side. Tosun showed those poaching instincts, finishing neatly after midfielder Tolgay Arslan's shot came back off the post in the 54th minute against Monaco.

In the other matches on Tuesday night, Tottenham held defending champions Real Madrid to a 1-1 stalemate.

Much was expected of the meeting of two of the competition's most prolific strikers in Real Madrid's Cristiano Ronaldo and Tottenham's Harry Kane, but the anticipated shootout failed to materialize.

Ronaldo matched Kane's tally of five goals from three games when he equalized with a penalty, but the Portuguese also missed several chances, while Keylor Navas denied Kane with a fine save in the first half.

Dortmund's hopes of making the second round took a major blow after being held in Nicosia to a 1-1 draw. After losing its opening games Dortmund needed a win to kick-start its campaign but had to rally against APOEL.

Meanwhile, Liverpool racked up their biggest ever away win in Europe. Juergen Klopp's side ended their run of seven group matches by crushing Maribor 7-0 in Slovenia.

The Red's record away win coincided with Maribor's worst Champions League loss. Maribor had lost only one of its last 11 home games in the competition.

Sevilla's heavy defeat in Moscow means Liverpool are well-placed to top the group with a home game against Maribor next. Liverpool have five points, the same as Spartak, while Sevilla is third with four points.

Napoli ended Manchester City's Champions League debut in the group stage in 2011, but Pep Guardiola's side did not look like it would be denied by Napoli this time.

Guardiola kept faith in the side that routed Stoke 7-2 over the weekend and was rewarded with early goals through Raheem Sterling and Gabriel Jesus.

In the same group, Shakhtar Donetsk are three points behind City after beating Feyenoord 2-1, and Napoli are third with only three points from three games. Feyenoord have no points.