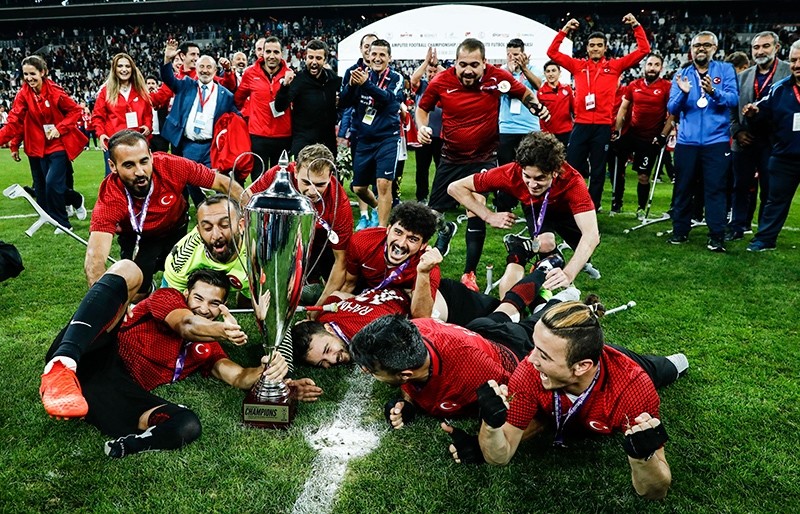 Head of the Turkish Sports Federation for the Physically Disabled (TBESF) Arif Ümit Uztürk said Tuesday that since there was no agreement between the government and the national team players, they were rewarded by the public.

"Our footballers have spent a long period of time working to become the champions. Our sportsmen believed in championship and succeeded in lifting the cup. There is a reward for every success," adding that businessmen and municipalities stepped in to financially reward the European champions.

"Our athletes were awarded an average of 1 million [Turkish] liras per person. There have also been many institutions and organizations that have announced that they will reward [the players]. Our players still deserve so much more," Uztürk said.

The TBESF chief also touched upon the topic of the upcoming World Cup in Mexico.

"Next year, we will go to the World Cup in Mexico with an epaulette of being European champions. We will do everything to defend that title. We are going to start the preparations soon," he said.

Uztürk also said that TBESF was working closely with the Turkish Football Federation (TFF) to increase the quality of amputee football training grounds and fields in the future.