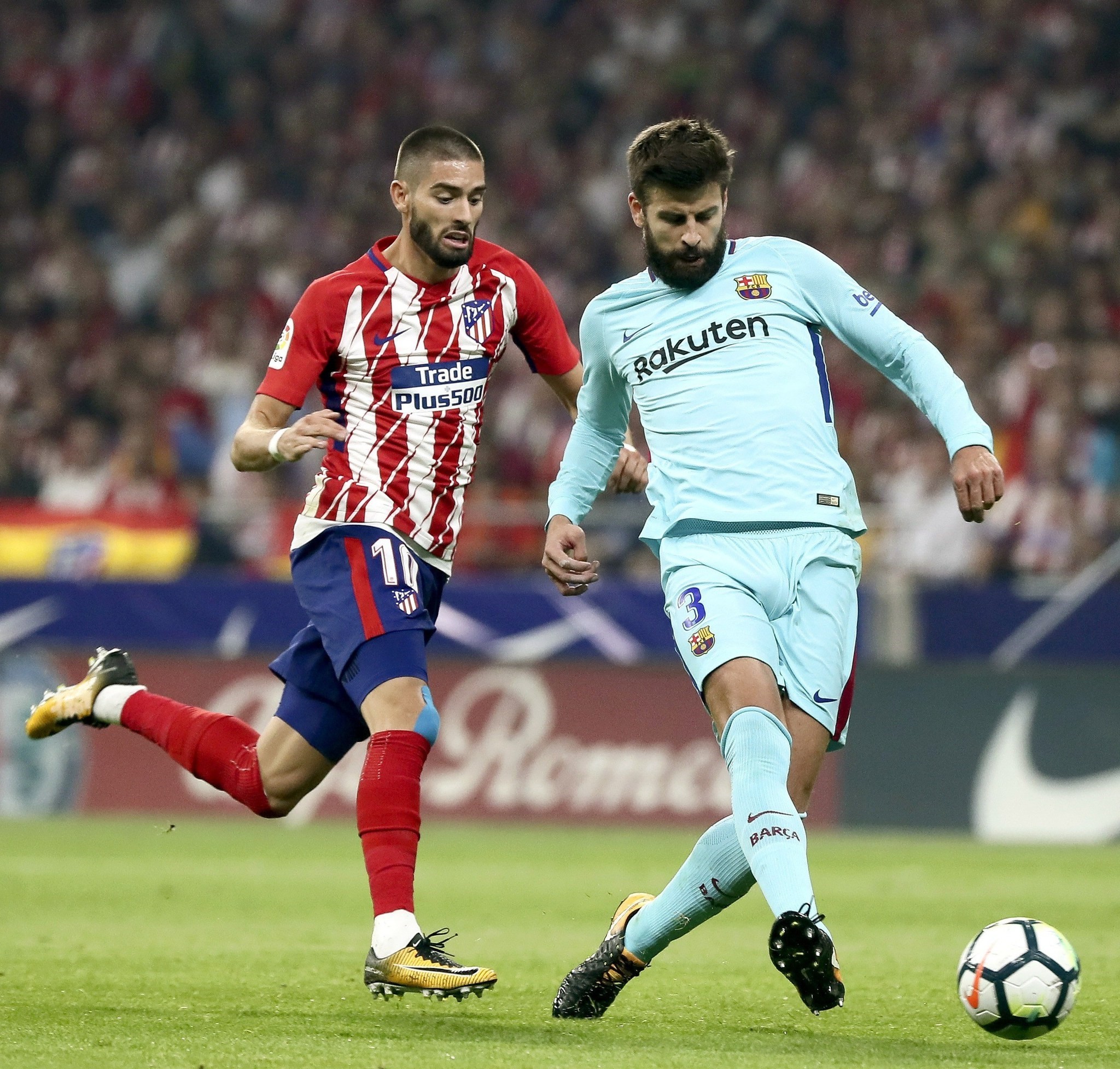 As Olympiacos travels to Barcelona for their Champions League Group D match today, the Catalan team is getting ready to play their first home match at Camp Nou since the Catalonia independence referendum that plunged Spain into chaos

For the first time since playing in an empty stadium in protest of a violent crackdown on an independence referendum in Catalonia, Barcelona's Camp Nou will open its doors as they take on Olympiacos today.

On the field, Barca should have little problem sweeping aside the Greek side, which are without a point in the Champions League so far this season, to consolidate their position atop Group D.

However, how Barca's fans will react to a tumultuous few weeks of political tension in Catalonia is less predictable with the support split like the rest of society in the wealthy northeastern region of Spain.

Chants in favor of independence are common at the Camp Nou from a section of the Barca fan base, most notably in the 17th minute to mark the fall of Catalonia in the Spanish War of Succession in 1714.

Barca have also been repeatedly fined by UEFA for fans flying the Catalan "Estelada" flag, which has become a symbol of the independence movement within Catalonia, at Champions League matches.

Leading Barca players such as Gerard Pique and Andres Iniesta called for politicians on both sides of the independence debate to negotiate in the wake of the Oct. 1 referendum. As Spanish riot police fired rubber bullets and seized ballot papers leaving 92 injured, among nearly 900 who sought medical attention that day, Barca beat Las Palmas 3-0 behind closed doors.

Club president Josep Maria Bartomeu insisted that he tried to have the match abandoned, but instead settled for showing their opposition by playing the match in an empty 99,000 capacity Camp Nou.

In the other match of Group D, Juventus take on Sporting Lisbon in Turin. The six-time successive Italian champions suffered a first home defeat in over two years after going down 2-1 to Lazio at the weekend to fall five points behind Napoli in Serie A.

These two upcoming clashes will be key to both sides' hopes of clinging onto Barcelona's coat-tails, although Sporting have a dreadful record in Italy, drawing three and losing 10 of their 13 previous matches.

Elsewhere, Manchester United can take a giant stride towards a first appearance in the knockout stages since the 2013/14 season with a win at pointless Benfica, in a repeat of the 1968 final.

The Portuguese champions suffered a humiliating 5-0 defeat at Basel last time out, their heaviest in the competition, following an opening home loss to CSKA Moscow.

In the other match of Group A, CSKA Moscow and Basel face off in Russia with the chance to steal a march in the battle to stay within sight of pace-setters Manchester United.

In Group B, Bayern Munich hosts Celtic. Jupp Heynckes embarked on his fourth spell as Bayern Munich coach with a 5-0 rout of Freiburg. The German powerhouse have never lost against Scottish opposition in Munich.

Meanwhile, Paris Saint-Germain's electrifying strike force of Neymar, Edinson Cavani and Kylian Mbappe has propelled the French heavyweights to commanding back-to-back wins in their group. Anderlecht could be in for another long evening as they search for their first goal and point against PSG.

In Group C, runners-up twice in the past four seasons, Atletico Madrid are looking to bounce back from a last-gasp defeat by Chelsea when they head to newcomers Qarabag.

In London, Antonio Conte's Chelsea can cement their status at the top of the pool with a third straight win, although Roma would replace the Blues at the summit if they can pull off an upset at the Stamford Bridge.