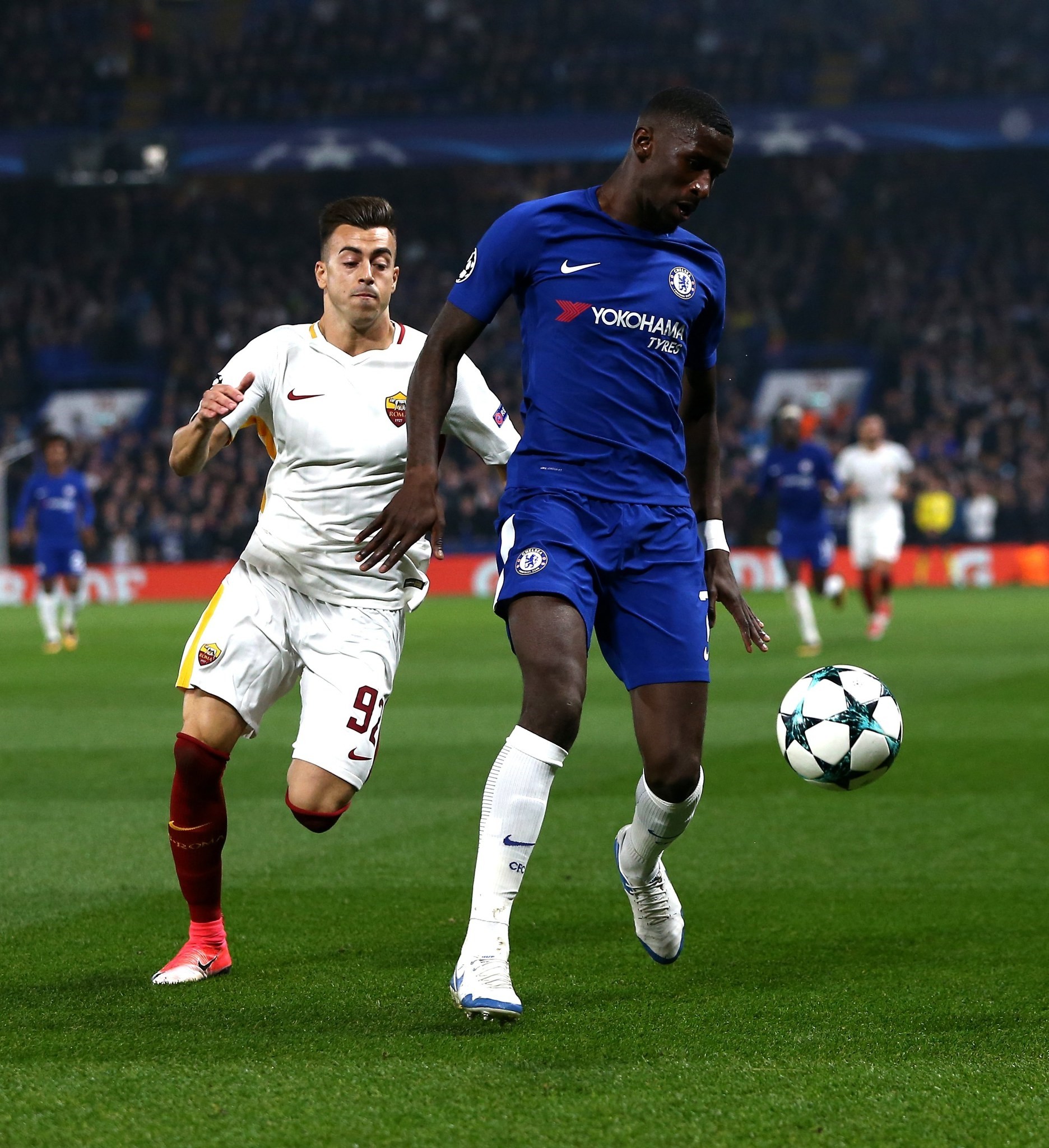 AS Roma have been charged with racist behavior by UEFA after a section of their supporters directed monkey chants at Chelsea defender Antonio Ruediger during their 3-3 Champions League draw in London on Wednesday.

The 24-year-old, capped 20 times by Germany, joined the Premier League side in 2017 after a two-year stint at Roma. He made a total of 72 appearances for the Serie A club.

European soccer's governing body said in a statement on Friday that it had opened proceedings against the Italian side under Article 14 of its disciplinary regulations.

UEFA's Control, Ethics and Disciplinary Body will deal with the case on Nov. 16.

A spokesman for Roma said the club would not comment on the charges at the moment.