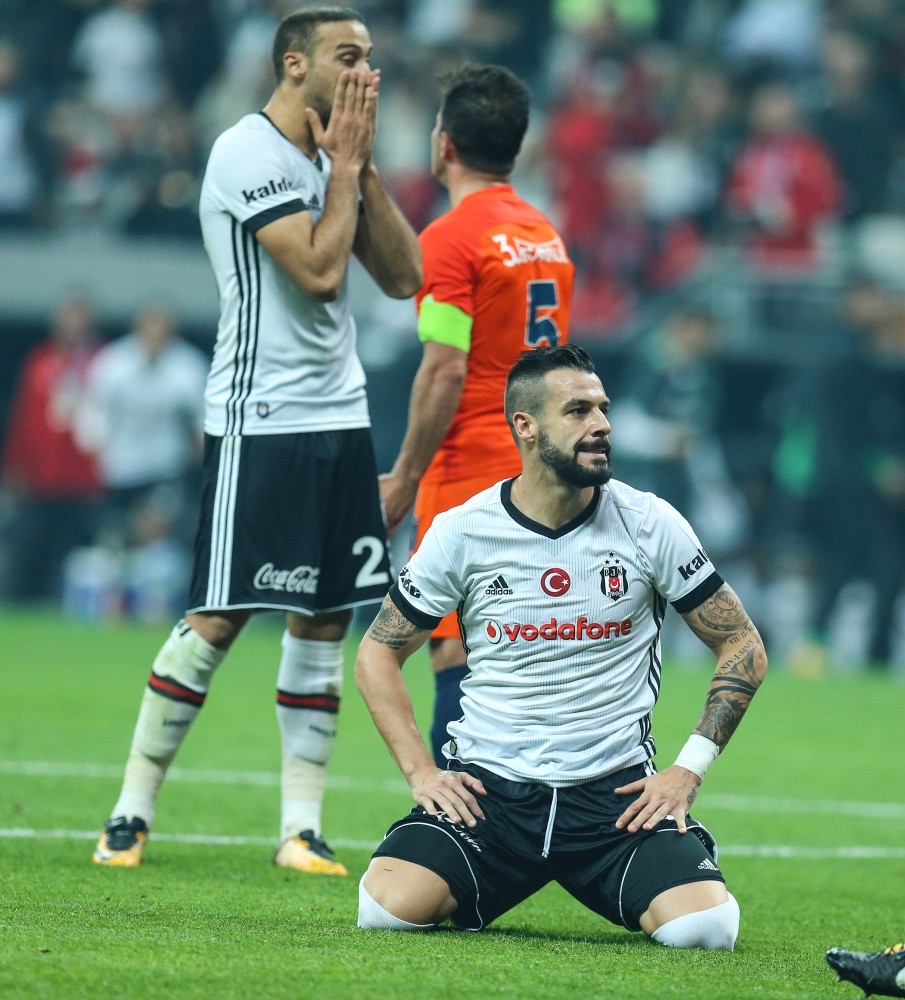 The 0-0 draw helped neither Beu015fiktau015f nor Bau015faku015fehir as both failed to close grounds on leaders Galatasaray, who fired blanks against Fenerbahu00e7e.
by Anadolu Agency Oct 25, 2017 12:00 am

The ninth game week of the Spor Toto Super League came to an end as Galatasaray maintained top spot despite dropping points at home. In the closing match of the week on Monday, current champion Beşiktaş drew 1-1 with Medipol Başakşehir at Istanbul's Vodafone Park. After a neck and neck battle in both halves, two late goals decided the fate of the match.

Başakşehir managed to go 1-0 up in the 89th minute thanks to a top-right corner finish from Kerim Frei. However, the Black Eagles replied promptly as Beşiktaş defender Dusko Tosic scored from a header in the 92nd minute and equalized the score line. The score helped neither Beşiktaş nor Başakşehir as both failed to close grounds on leaders Galatasaray, who fired blanks against Fenerbahçe Sunday.

With the draw, Başakşehir now has 17 points but is placed fifth after Göztepe, Akhisarspor and Kayserispor by goal difference. Beşiktaş, on the other hand, are in 7th place with 15 points, behind sixth-placed Fenerbahçe. Earlier on Saturday, Trabzonspor, playing under new manager Riza Çalımbay took on Yeni Malatyaspor. However, the Black Sea side's slump in the Super League continued as they were beaten 1-0. Trabzonspor is now 13th with just nine points in 9 weeks.

Last week the club sacked its manager Ersun Yanal after last week's 1-6 thrashing by Akhisarspor at home. On Sunday, the first goalless matches this season were played between Sivasspor and Bursaspor and Galatasaray and Fenerbahçe. Both matches finished 0-0, a far cry from the league's 3.24 goal average per game after eight weeks. No match in some 77 games had ended in 0-0 until Sunday.