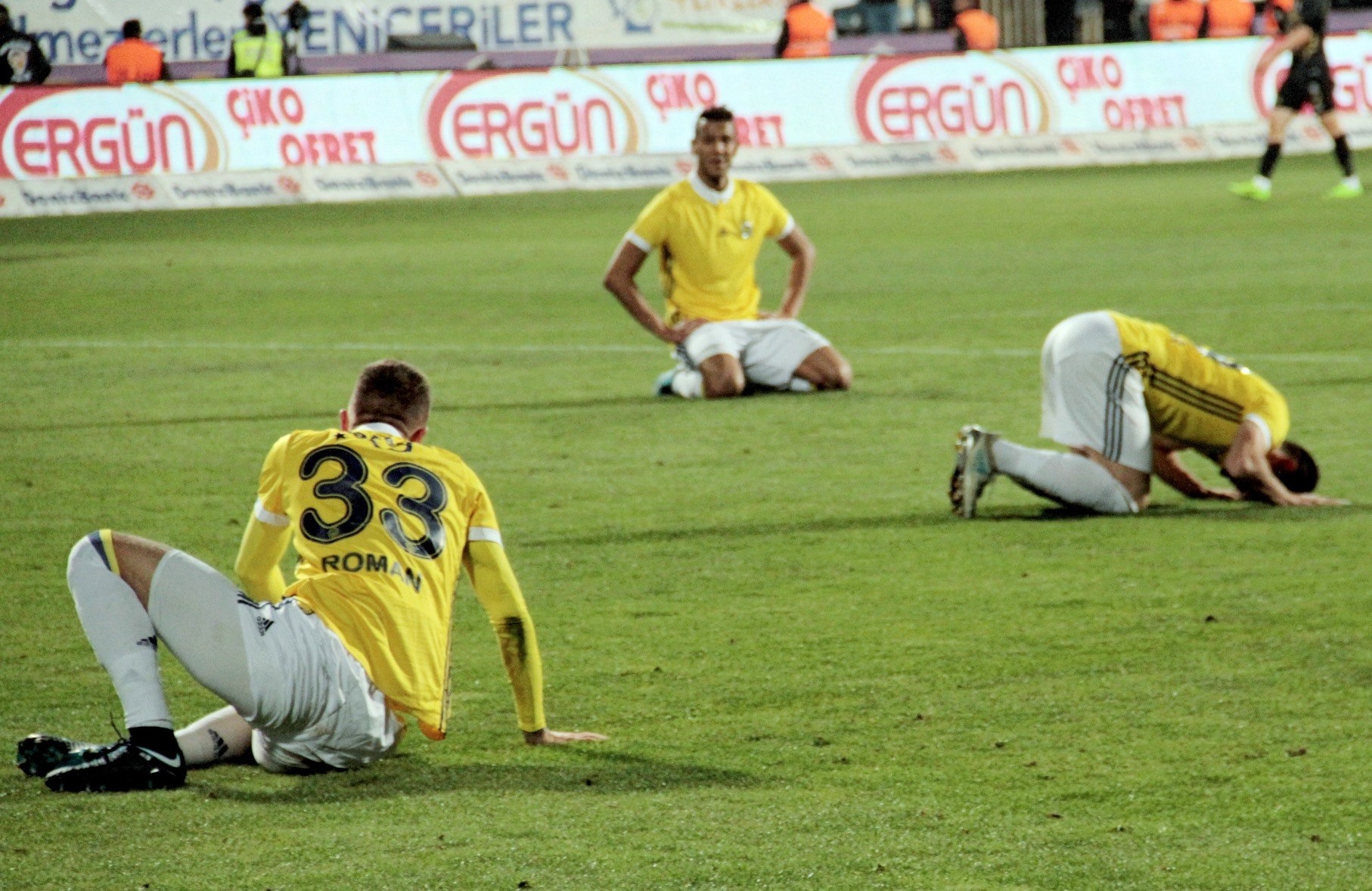 There remains little sign of rejuvenation in Fenerbahçe's season as the Turkish powerhouse's poor form continued in the 11th week of the Spor Toto Super League. Drawing 1-1 against Osmanlıspor in an away match on Saturday, the Yellow Canaries have managed to collect only 17 points, making it the team's worst start as of the 11th week since the 1990-1991 season. Osmanlıspor scored in the waning minutes to level the match, bringing back fresh memories for Fenerbahçe, which walked away with a tie against Kayserispor just last week in similar fashion.

Fenerbahçe are now nine points behind league leaders and archrival Galatasaray. In the 1990-1991 season, when Fenerbahçe was coached by Dutch manager Guus Hiddink, the Istanbul team collected just 16 points coming into the 12th week of the league. It was beaten 6-1 by then league minnow Aydınspor at home, making it one of the worst thrashings in club history. Fenerbahçe finished that season with 25 points in fifth, behind the champions Beşiktaş who tallied 44 points.

This season, Fenerbahçe has only been able to win five matches in 15 official matches. The team was eliminated in the playoff stage of the UEFA Europa League - eliminated by Macedonian underdog Vardar. After the agonizing defeat, Fenerbahçe could not get going in the Turkish league, winning only against Beşiktaş, Evkur Yeni Malatyaspor, Aytemiz Alanyaspor and Gençlerbirliği. Fenerbahçe are going through its worst season under head coach Aykut Kocaman. Kocaman, who has been at the helm of Fenerbahçe for four seasons, has never experienced such a bad run before. For the first time under Kocaman's management, the team has not been able to win three consecutive matches in a row. Extremely upset after a disappointing outing against Osmanlıspor, Kocaman signaled that he might resign, saying: "I am the one who is responsible for the situation we're in. I clearly state that I will do what I should do. This not a controllable or agreeable situation. We were seeking a consolation prize after a disappointing last minute draw against Kayserispor last week but unfortunately a similar thing happened."

He added: "If there is success it belongs to everyone. If there is failure it belongs to everyone too. I mean the biggest part of in our failure belongs to me and the rest of it to the footballers." Meanwhile, league leaders Galatasaray put on another superb performance thrashing Gençelrbirliği 5-1 on Friday. With this result the Lions maintained the lead with 26 points. In the other matches of the week, Kasımpaşa drew with Bursaspor 2-2, Kayserispor drew with Trabzonspor 0-0, and Antalyaspor managed to beat Kardemir Karabükspor 2-1.