Over 20 officers injured in Brussels after Morocco makes World Cup 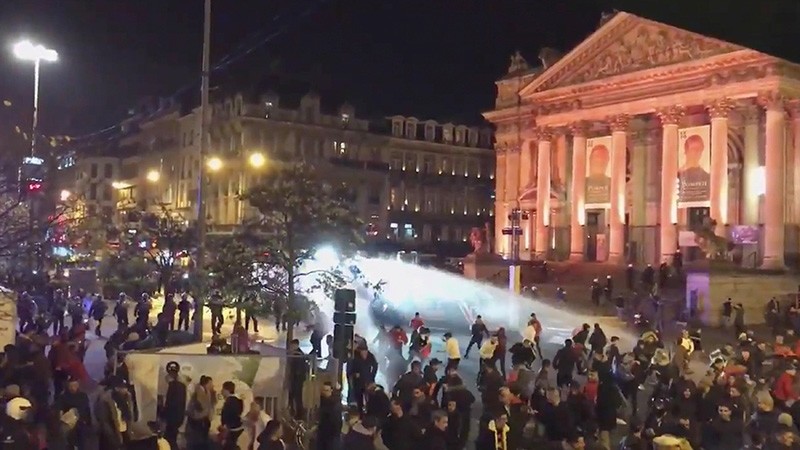 The Belga news agency said Sunday that some 300 people took part in the violence which lasted until after midnight and saw 22 officers injured.

The incidents happened after Morocco qualified for the World Cup a fifth time with a 2-0 over Ivory Coast. Brussels has a large North African community.

Police have launched an investigation as a spokesman admitted they were taken by surprise how quickly the situation escalated and shops were looted. Shop owners and residents criticized that police had acted hesitant at first.

Prime Minister Charles Michel praised police which acted with the "necessary serenity" while Interior Minister Jan Jambon spoke of "unacceptable aggression" on Twitter and expressed surprise that no one was arrested.

He however also lauded that a Moroccan news site, Nador Days, has condemned the violence on its Facebook page.

Egypt and Tunisia also qualified for the 2018 tournament, signaling an apparent shift in African soccer as North Africa sends three teams, more than any other region for the first time since 1986. Nigeria and Senegal were the continent's two other qualifiers.