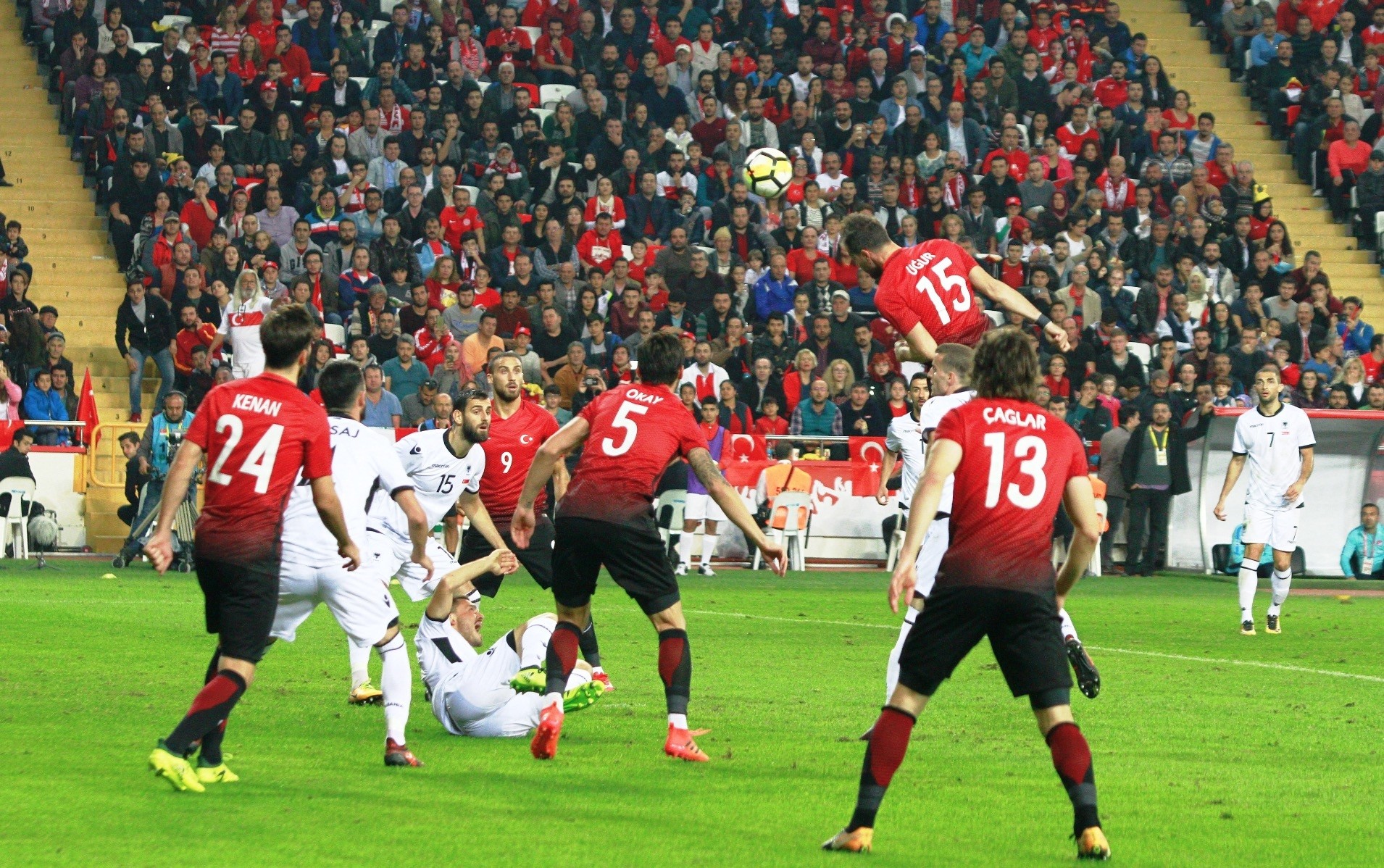 The Turkish national football team played its 555th international tie, and sixth under coach Mircea Lucescu, when it faced Albania in a friendly in Antalya on Monday.
by Anadolu Agency
Nov 15, 2017 12:00 am

A reeling Turkey national football team suffered yet another defeat after it was beaten 3-2 by Albania in a friendly Monday.

Albania started off brightly after striker Armando Sadiku, who plays for Polish side Legia Warsaw, scored two goals in 24th and 39th minute.

Luckily for Turkey, however, Albania was reduced to ten men after midfielder Ledian Memushaj was shown a second yellow in the 41st minute.

Turkey crawled back into the game in the second half after, thanks to a goal by Roma's young gun Cengiz Ünder, who made in 2-1 in the 47th minute.

Albania was quick to reply and Eros Grezda scored his side's third in the 56th minute.

Emre Akbaba, who plays for Super League's Alanyaspor, pulled one back for Turkey in the 60th minute, but the side failed to find an equalizer in the remaining minutes.

Earlier on Nov. 9, Turkey was defeated by Romania 2-0 in Cluj.

Neither Albania nor Turkey could qualify for the next year's World Cup in Russia.