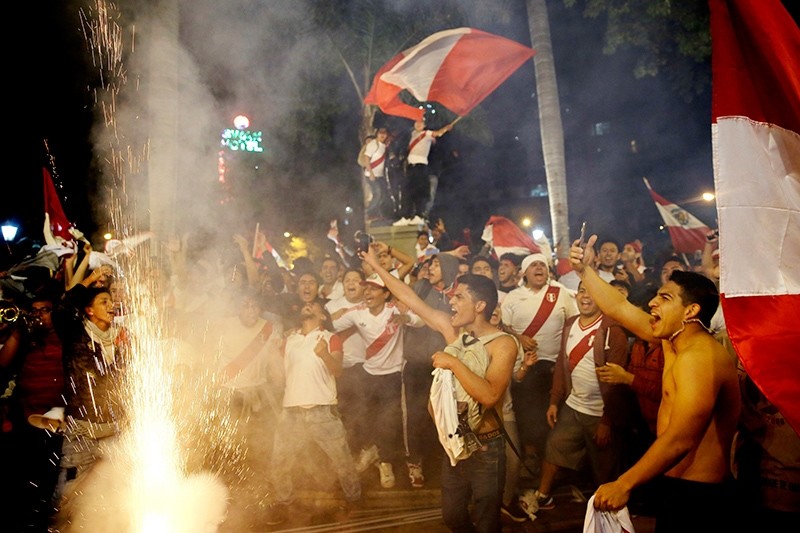 Peru became the last side to clinch their place at next year's World Cup finals when goals in each half from Jefferson Farfan and Christian Ramos gave them a 2-0 win over New Zealand in the second leg of their inter-confederation playoff on Wednesday.

New Zealand, rated 122 in the world, went into the two-legged qualifier as rank outsiders against 10th-placed Peru. The teams played out a 0-0 draw in the first leg in Wellington on Saturday and although both sides had chances in a tense match in Lima, Peru were more clinical in front of goal.

Despite the absence of their main striker Paolo Guerrero, who has been suspended by FIFA on doping suspicions, the Peruvians controlled the match from the start.

At 28 minutes, striker Jefferson Farfan opened the scoring from the edge of the box burying the ball into the New Zealand net. In tears, the Lokomotiv Moscow forward showed the shirt of his boyhood friend Guerrero to the crowd.

Celebrations of Farfan's goal were so rabid that they caused several earthquake-detection apps, including popular Earthquake Network, to alert of a potential natural disaster.

However, experts quickly realized that the alerts were not triggered by a potential tremor but by Peruvians forceful celebrations.

"It is confirmed that there is no natural earthquake activity in Lima. It seems the Peruvians' excitement made the application activate," a Twitter account related to Earthquake Network app said, adding that the alert was activated due to the ground vibration generated by fans.

New Zealand's attempt to react and qualify for its third World Cup in history never got even close to the Peruvian goalkeeper.

Then at 65 minutes, defender Christian Ramos netted the second after a mistake from New Zealand's defense on a corner.

The Peruvians, who last went to the World Cup finals in 1982, celebrated with abandon when the final whistle went and were guaranteed a day to recover after the government promised a national holiday.

"This is a dream come true and now it is time to celebrate," Christian Cueva, the gifted left winger who had a hand in creating both goals, told reporters as the players completed a boisterous lap of honor.

"Now we have to keep working and prepare for the finals."

Peru's qualification put the South American team in a World Cup pot with Spain, Switzerland, England, Colombia, Mexico, Uruguay and Croatia. The draw for next year's tournament takes place in Moscow on Dec. 1.