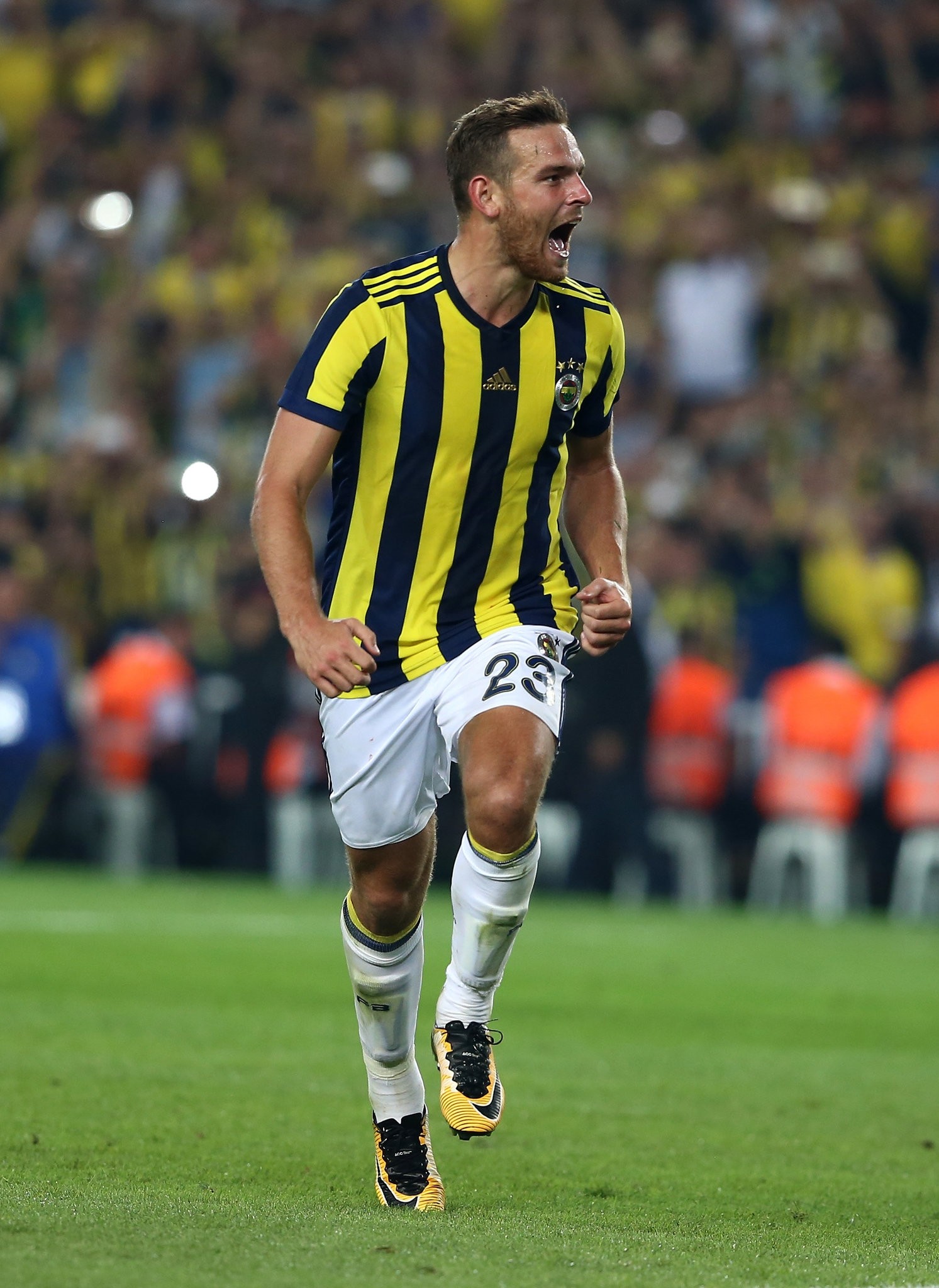 With two goals so far this season, Vincent Janssen may lead the Fenerbahu00e7e attack against Demir Grup Sivasspor.
by Hakan Baş Nov 18, 2017 12:00 am

After a series of bad results and barely convincing coach Aykut Kocaman to stay at the helm, Fenerbahçe will look to relaunch its title bid Sunday while current league leader Galatasaray will take on second-placed Başakşehir

Turkish Super League action returns this weekend as teams get ready for their game week 12 ties following the international break. The most important clash this week will be played between league leaders Galatasaray and second-placed Medipol Başakşehir Saturday. With just three points separating the two teams, a win for Başakşehir will see them trail only by goal difference. History will on Galatasaray's side though, as the Lions have defeated Başakşehir, formerly known as Istanbul Büyükşehir Belediyespor, nine times in their previous 19 meetings. Only five games have gone Başakşehir's way while the other four ended in stalemate.

However, more recent history tips the balance towards Başakşehir. Galatasaray has been able to defeat its cross-town rival only once in their last six meetings. Meanwhile, two of Başakşehir's wins came last season while its most notable victory was in the Turkey Ziraat Cup.

Galatasaray coach Igor Tudor will likely stick to his attacking game plan with two strikers but it will have to manage without two key players, Sofiane Feghouli and Serdar Aziz, who are out through suspension.

Meanwhile, powerhouse Fenerbahçe will be looking for their first win in three weeks when it faces Demir Grup Sivasspor Sunday. The Yellow Canaries' last victory came in game week eight against Evkur Yeni Malatyaspor and it was followed by three consecutive draws, including one against archrivals Galatasaray. The club has had one of the worst starts to the season in recent memory and things got worse when coach Aykut Kocaman offered his resignation. The club management, however, convinced him to stay. The Istanbul side will be without the service of Mathieu Valbuena, Mauricio Isla and Robin van Persie due to injuries. It currently has 17 points and is ranked seventh in the points table.

On Saturday, newcomers Göztepe will travel to Bursa, currently placed sixth in the league. In the buildup of the match, Bursaspor coach Paul Le Guen said: "It will be difficult for us without Agu and Titi but I trust the players who will replace them. The support of our fans is very important because the players may have some difficulties after the return from international duties." Also on Saturday Atiker Konyaspor will host Antalyaspor. With 10 points Konyaspor is placed 15th, on the edge of the relegation zone. Antalyaspor, on the other hand, is placed 14th with 12 points.

On Sunday Aytemiz Alanyaspor will meet Evkur Yeni Malatyaspor while Trabzonspor will host an Osmanlıspor side that held Fenerbahçe to a stalemate in their last match. Placed in the relegation zone, Osmanlıspor finds itself looking for a crucial win while Trabzonspor will also look to turnaround their worst start to a season. The game week 12 actions will come to an end Monday with Kardemir Karabükspor hosting Kasımpaşa.