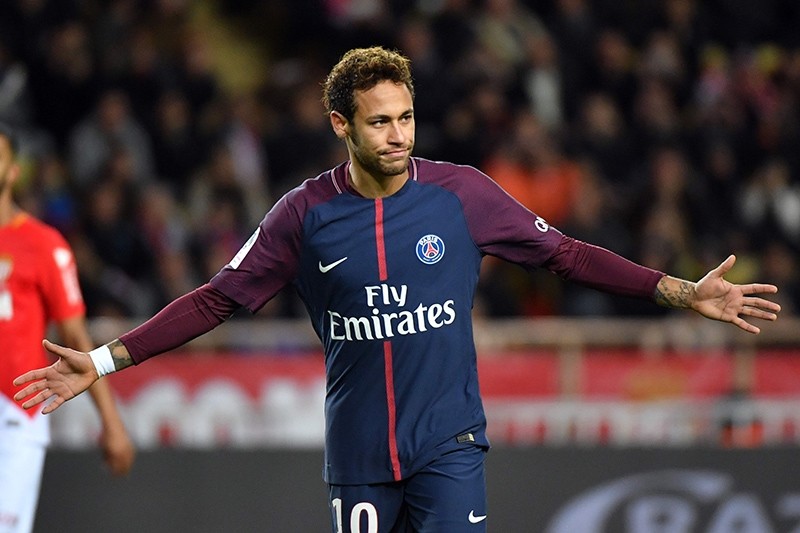 Paris Saint-Germain's Brazilian forward Neymar celebrates after scoring a penalty kick during the French L1 football match between Monaco and PSG at the Louis II stadium, in Monaco, Nov. 26, 2017. (AFP Photo)
by Daily Sabah Nov 27, 2017 12:00 am

An annual report on salaries in the world of sports revealed an incredible gender pay gap in football.

Paris Saint-Germain attacker Neymar Jr. will earn more than $44 million for the 2017-2018 season, according to his contract.

Moreover, Barcelona spends the most money on salaries in football and is the fourth highest-paying sports team in the world. The Catalan club has an average annual salary of $8.83 million with PSG close behind with $8.83 million.