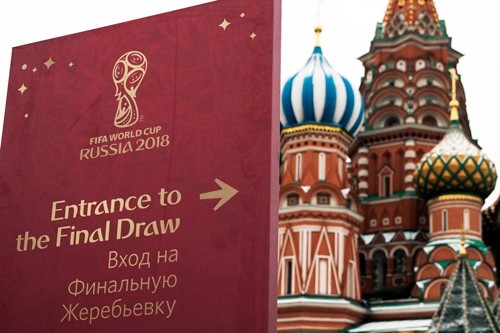 Around 1,300 people, including Russian President Vladimir Putin, gathered in the State Kremlin Palace in Moscow Friday for a World Cup draw being televised live around the globe.

Hosts Russia, defending champions Germany and 30 other teams discovered their opponents for the 21st World Cup, due to be played in 11 cities and 12 stadiums from June 14-July 15.

Russia will kick off the tournament on June 14 at Moscow's Luzhniki Stadium, which is also the venue for the final. The first match will be between the hosts and Saudi Arabia.

Below are the groups for next year's World Cup finals in Russia following the draw in Moscow on Friday:

The draw came as Russia faces a potential ban at the 2018 Winter Olympics in Pyeongchang over doping, following the exclusion of its track and field athletes at the 2016 Rio Games.

It will also be the first World Cup tournament under new leadership at world governing body FIFA after the corruption scandals which led to football bans for leading officials including former president Joseph Blatter.

Putin now welcomes to the Kremlin new FIFA president Gianni Infantino, who along with 30 of the 32 national team coaches present, will see a 60-minute star-studded show. 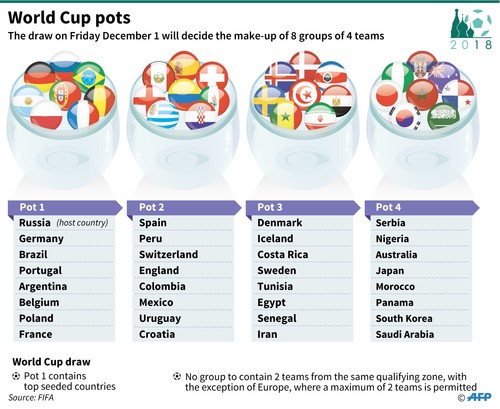