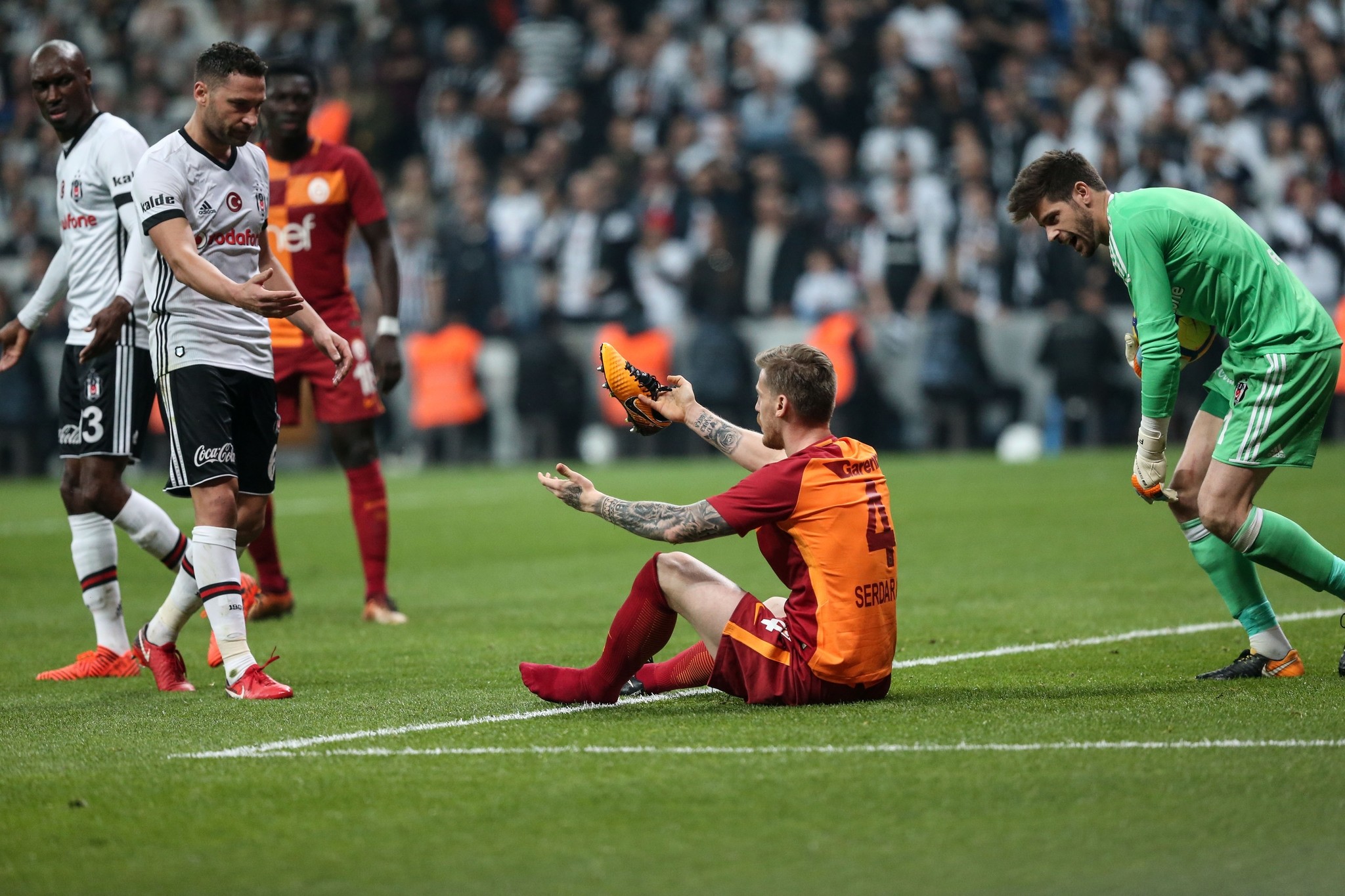 Beşiktaş defeated Galatasaray at Vodafone Park in the year's last Istanbul derby thanks to three goals from Cenk Tosun, Dusko Tosic and Alvaro Negredo in the second half.

Galatasaray was able to put a good defense in the first half, weathering Beşiktaş's early pressure and finishing it with a 0-0 tie.

Beşiktaş fuelled its performance in the second half with a 46th minute goal from Cenk Tosun. Without giving the visiting team a chance to recover, Dusko Tosic doubled Beşiktaş's lead at the 70th minute.

The derby put an end to Beşiktaş's two-weeklong victory drought in the Turkish Super League as thousands of fans took to the streets of Istanbul to celebrate the victory.

Beşiktaş now has 26 points as Galatasaray preserves its place on top of the list with 29 points.

Başakşehir, currently ranked second, may move to the first spot Sunday with a win against Osmanlıspor.