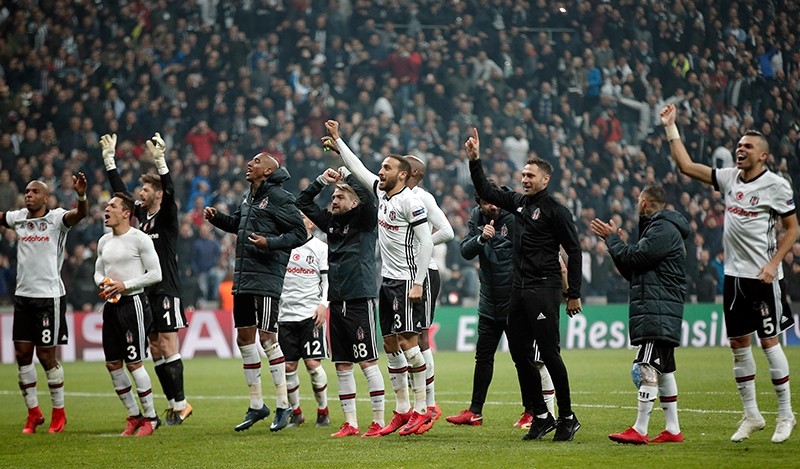 Istanbul giants Beşiktaş became the first Turkish team to advance to the round of 16 of the UEFA Champions League from the top spot and undefeated at the group stage Wednesday night.

After beating Leipzig 2-1 in an away match, the reigning Turkish champions shared a tweet which asked: "Now, who's next [in the Champions League]?"

One of the responses to the tweet came from German heavyweights Bayern Munich, who replied with a GIF of Colombian star James Rodriguez giving thumbs up and waving, clearly showing the team's willingness to play the Black Eagles in the knockout stage.

This was not the first time the teams communicated on Twitter.

Following the Champions League draw in August, Bayern, who did not end up in the same group as Beşiktaş, expressed their disappointment at the fact.

"We were so ready to #ComeToBesiktas though..." Bayern said, attaching a video of German attacker Thomas Müller.

The German giants referred to the summer transfer window trend started by Beşiktaş.

The Istanbul team announced every player they signed with videos featuring a chain of phone calls in which each player convinces the next to "Come to Besiktas" with a comical Eurodance in the background.

Each announcement went viral and was named by the fans as the best trend of the 2017 summer transfer window.