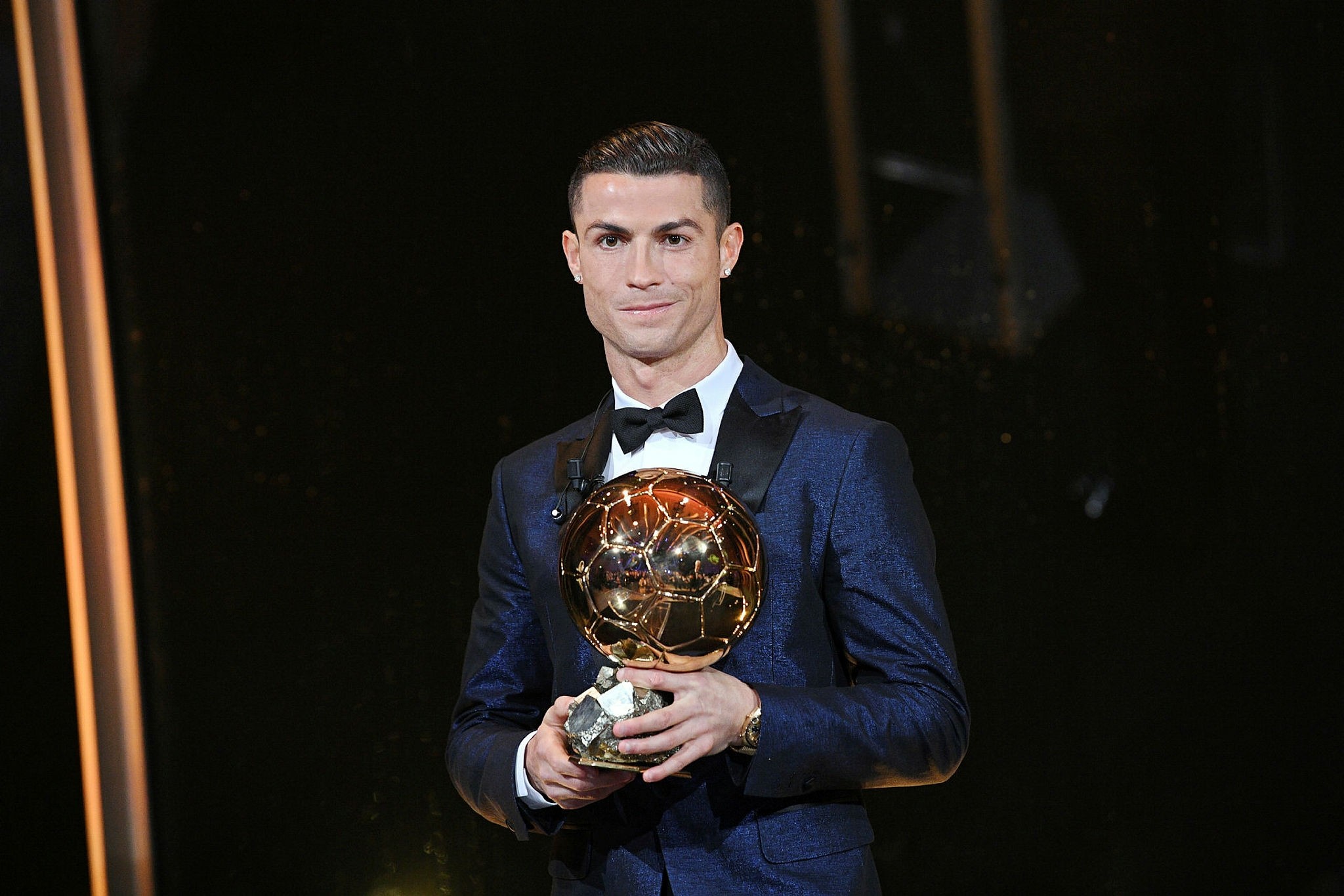 A handout photo made available by the l'Equipe Presse Office on 07 December 2017 of Real Madrid's Portuguese striker Cristiano Ronaldo posing with his trophy after receiving the 62nd Ballon d'Or award in Paris, France, 07 December 2017. (EPA Photo)
by Associated Press Dec 07, 2017 12:00 am

Ronaldo won the trophy awarded by France Football magazine at a ceremony held at the Eiffel Tower on Thursday. He finished ahead of contenders Messi and Neymar, who left Barcelona in the offseason to join Paris Saint-Germain for a world record transfer fee of 222 million Euros ($262 million).

Ronaldo was shown on television receiving the award while making the sign of five with his left hand as held the trophy in his right. It was not immediately announced which player had finished runner-up behind him.

"Of course, I feel happy, it's a big moment in my career," Ronaldo said. "It's something I hope to win every year."

Ronaldo claimed it back last year after helping Portugal win the European Championship and starring for Madrid as it won the Champions League.

Last season he won the Champions League once again and played a key role as Madrid won the Spanish league title for the first time since 2012.