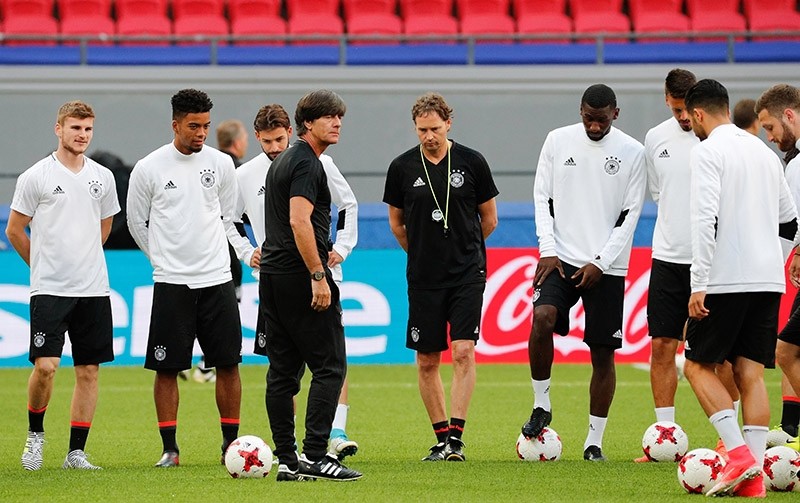 German players will receive 350,000 euros ($411,000) each if they successfully defend their World Cup title in Russia next year, the country's football association (DFB) said on Wednesday.

When Germany won the title at the Brazil World Cup in 2014, players received a bonus of 300,000 euros each.

The team under coach Joachim Loew will receive no payout for group stage victories or for reaching the round of 16, but a spot in the quarter-finals will earn each of them 75,000 euros and a semi-final place 125,000 euros.

A losing final will still earn them a bonus worth 200,000 euros each.

"This gives early and necessary calm and clarity before the tournament so that we can concentrate on the sporting tasks," said Germany team manager Oliver Bierhoff in a statement.

"It is a good sign when players are backing this (bonus) performance-based principle."

Germany kick off their 2018 defense against Mexico on June 17 in Moscow having also drawn Sweden and South Korea in Group F.

"For our players, it is a great motivation to become world champions back-to-back for the first time in the history of German football," said DFB president Reinhard Grindel.

"That would be a title for the eternity and certainly worth a special bonus. But you can feel in this team, that the sporting challenge is the main focus and not the economic aspect."