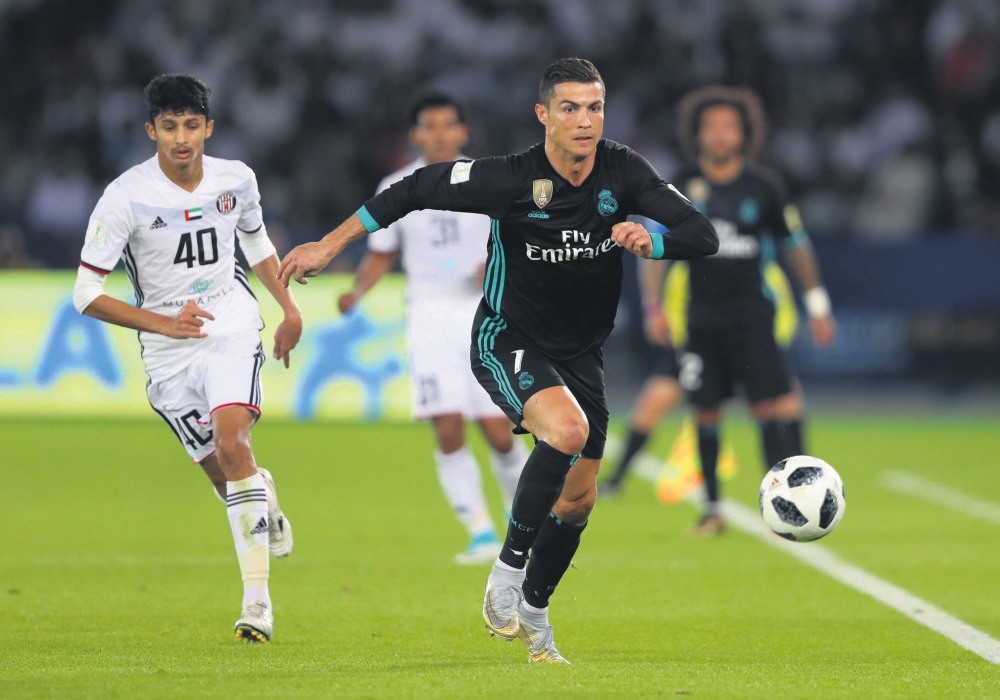 Gareth Bale needed less than a minute to help Real Madrid reach the Club World Cup final after his team faced a potential shock elimination from the tournament. Bale scored with his first touch after coming on as a substitute in the 81st minute as Real Madrid came from behind to beat Emirates club Al Jazira 2-1 in Wednesday's semifinal. Madrid will try to win its third world title in four seasons when its faces South American champion Gremio of Brazil on Saturday. The match had two goals disallowed by video review, one for each team. There was confusion when Madrid's first-half goal was ruled out by a decision that took a few minutes before the Video Assistant Referee became involved.

"It was great to be able to score, but the most important thing was the victory," said Bale, adding that he's still not at 100 percent. "It's been a long wait, I've had to be patient." He has played only 11 matches with Madrid this season because of lingering muscle problems. "Bale is all about scoring goals," Madrid defender Nacho Fernandez said. "He is a fantastic player. He scored a goal that means a lot to us. It's a shame that he has been injured, because he is very important for the team."

European clubs have made it to the Club World Cup final every time since the competition's new format started in 2005, winning nine out of the last 10 titles. With Real Madrid away at the Club World Cup, Barcelona have the chance to move 11 points clear of their bitter rivals before the final league game of the year pits La Liga's heavyweights against each other. It is looking to increase the distance between themselves and bitter rivals Real Madrid ahead of their Clasico as they host Deportivo La Coruna on Sunday in La Liga. The Catalans are top of the table with 39 points, eight ahead of fourth placed Madrid, who are not involved in domestic action due to their participation in the Club World Cup final against Gremio in Abu Dhabi on Saturday.

A victory for Barcelona against Cristobal Parralo's Galicians, who are hovering just above the relegation zone in 17th, would give them a sizeable advantage before they travel to the Santiago Bernabeu on December 23. Although Javier Mascherano and Samuel Umtiti are still out injured, Thomas Vermaelen has been doing well in defence alongside Gerard Pique and will deputise again. Second-placed Valencia will try to close the gap on Barcelona to two points on Saturday when they head to mid-table Basque minnows Eibar.