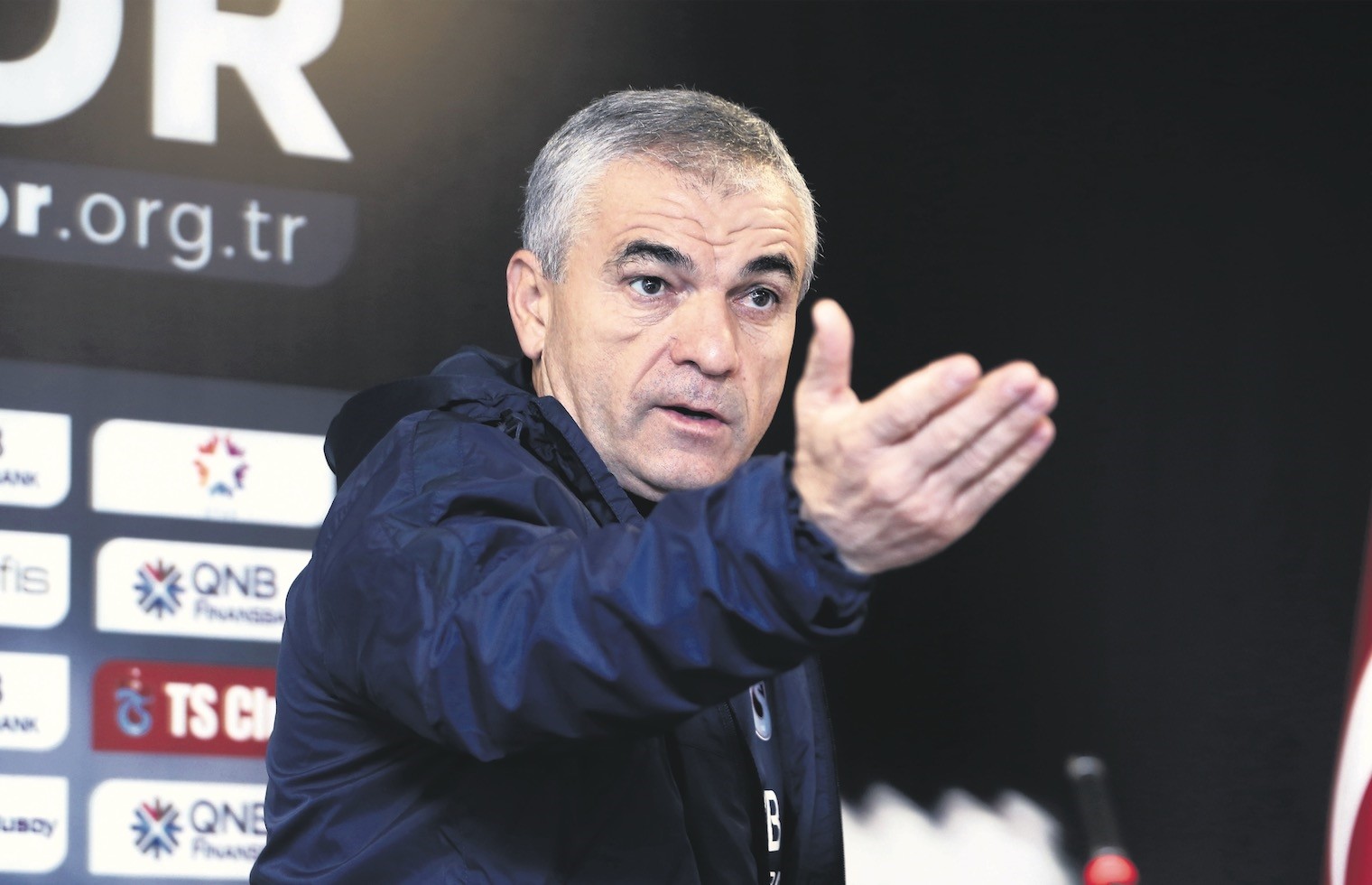 Since Ru0131za u00c7alu0131mbay took the reins, Trabzonspor has won six of their eight matches with only one draw and one loss. In that stretch the team has scored 15 goals and conceded just six.
by Daily Sabah with AA Dec 18, 2017 12:00 am

After teetering near the relegation zone in the first two months of the league, the Black Sea team has surprised everyone and are well in the title race in week 16. Nicknamed the "Black Sea Storm," Trabzonspor is one of Turkey's powerhouses and has won six titles in the TFF Super League.

Trabzonspor won its last title in 1983-1984 season and since then it has not been able to put together a winning season despite coming very close a few times. This year is the team's 50th anniversary as a club, and its fans want to end this title drought. With that in mind, Trabzonspor began the season targeting the championship by hiring coach Ersun Yanal who carried Fenerbahçe to a championship in 2014. However, Yanal was not able to show the performance that was expected of him. At the end of week six in the Super League, Trabzonspor had managed to collect only nine points and the team was just two points above the relegation zone.

Moreover, Trabzonspor fans suffered a humiliating 6-1 loss against Akhisarspor at home. It also lost against Aytemiz Alanyaspor, which came back from 3-0 to win 4-3 in Trabzon. Since then, Trabzonspor has skyrocketed with the arrival of Çalımbay. When Çalımbay was assigned as head coach, Trabzonspor had only nine points with a record of 2-3-3.

Since Çalımbay took the reins, Trabzonspor has won six of their eight matches with only one draw and one loss. In that stretch the team has scored 15 goals and conceded just six.

This is not his first miracle. In the 2016-17 season, Çalımbay took the top job in Antalyaspor in the sixth week of the Super League. Antalyaspor drew in its next two matches and lost in its next four, but with Çalımbay's management, the team went on to win 17 of its 28 matches. This season, Antalyaspor is in the relegation zone. In 2015-16,

Çalımbay trained Kasımpaşa and the minnow's team won 14 of 34 matches, drawing in eight and losing 12. When Çalımbay was the coach of powerhouse Beşiktaş, the Eagles pulled of a miracle to beat archrivals Fenerbahçe 4-3, even though his team's goalkeeper was shown a red card, and he had no substitutions left to put in another keeper. Now everybody thinks Çalımbay can make Trabzonspor champions once again after 34 years. Meanwhile, ex-Turkey and Galatasaray manager Fatih Terim may start another journey in Bosnia, where he expects an offer to coach the national football team. According to a former Galatasaray player, Tarık Hodzic, Terim is expecting an official offer from the Bosnia-Herzegovina Football Federation. Speaking to Anadolu Agency, Hodzic said he talked to some of Terim's representatives, who gave out some details about recent development in Terim's career. Hodzic said the 64-year-old manager's representatives "requested an official offer from the Bosnian football federation".

"Terim will quickly decide upon the offer," Hodzic said. "I also talked to Sead Kajtaz, an official in the Bosnian football federation who handles negotiations with managers. I also told him that an official offer is expected." The Bosnian football federation will hold a meeting on Dec. 22 to make an offer to their managerial candidate. Fatih Terim's third spell as Turkey manager started in 2013, but the national team failed to make an impression in Euro 2016 and failed to qualify for the 2018 World Cup. He parted his ways with Turkish Football Federation in July, with four matches left to be played in World Cup qualifiers. Under Terim, Turkey won 68 matches, drew 32 times and lost 32.