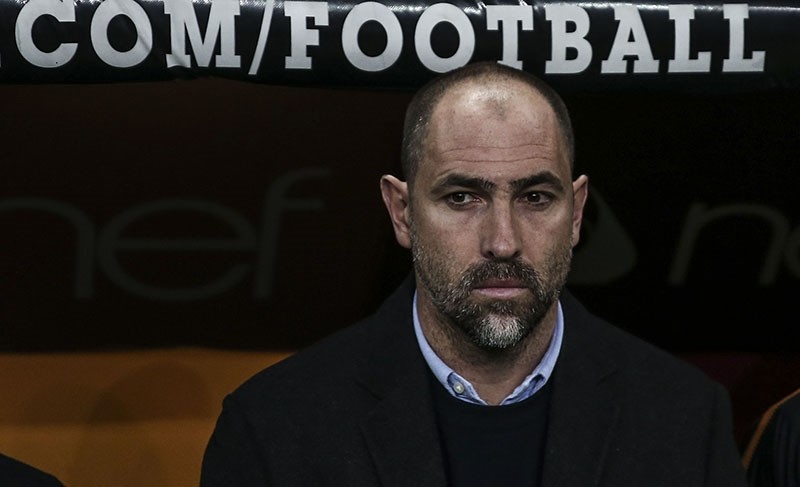 Galatasaray's Board of Directors chaired by club President Dursun Özbek met Monday and unanimously voted to sack Tudor after the meeting. The club's official website displaying the technical staff was unavailable throughout Monday.

The board also decided to hold extraordinary general assembly on Jan. 13, in which Özbek is expected to face challenges due to ailing performance of the football team as well as poor results in basketball and volleyball branches.

The club initially displayed a good start to the season, leading Turkish Super League for 13 weeks in a row. However, the club's downfall began in the ninth week after it drew 0-0 with archrival Fenerbahçe. Considering the Lions' outstanding performance up to that point everyone was expecting them to thrash Fenerbahçe.

Following the derby, Galatasaray lost four matches in the seven weeks. In the tenth week, it was beaten by Trabzonspor 2-1.

Runners-up Medipol Başakşehir, thrashing Galatasaray in a 5-1 home win on Week 12, took the lead on Week 14 as the Yellow-Reds suffered a 3-0 defeat against title-holders Beşiktaş in the Istanbul Derby, angering fans and prompting calls for resignation in sports media.

Galatasaray managed to climb again to the first position in Week 15 with a 4-2 defeat against Aegean club Akhisarspor in a match hotly debated for referee decisions. However, the Lions lost the lead again on Week 16 with a 2-1 loss against Yeni Malatyaspor, which served as the tipping point for Galatasaray executives.

After the defeat against Malatyaspor Sunday, Tudor said: "All my life is pressure. There are two popular things in Turkey. One is, 'Tudor resign!' the other is this worthless system [Tudor's strategy]. Everyone is happy when my system fails. It is the mentality in Turkey. When the team loses, I am guilty one but when it wins, the success belongs to the footballers. Every coach in the world makes mistakes."

The Croatian coach's weaknesses were mainly exposed in away matches, and in derbies. Galatasaray lost eight of 17 away matches under Tudor and two ended in draws.

Previously managing his home team Hajduk Split, Greece's PAOK and Turkey's Karabükspor, Tudor's hiring as Galatasaray's manager was strongly contested with most sports commentaries against the choice. In February 2016, Tudor replaced Dutch manager Jan Olde Riekerink, who himself replaced Turkish manager Mustafa Denizli in March 2016 after his brief four-month stint with the club.

Galatasaray fans first called for his sacking when the club was eliminated in the Europa League qualifiers by Swedish minnows, Ostersunds (3-1 in aggregate).

After the humiliating exit, Tudor and Özbek faced growing calls of resignation. However, Özbek defended Tudor and decided to continue to work with him.

Some Galatasaray fans have suggested that the club's legendary coach Fatih Terim be reinstated by the club. Terim has had three separate stints with Galatasaray and helped it to the historic UEFA Cup title in 2000.

Meanwhile, Medipol Başakşehir retook the top spot with a 4-1 win over Antalyaspor Sunday.

The Istanbul club got three points by scoring four goals in the second half after going down 0-1 in the first. Başakşehir's defender Alexandru Epureanu scored a brace in the crucial victory.

Başakşehir now leads the league with 33 points. The Galatasaray after the defeat against Yeni Malatyaspor is now left with 32 points. Current champion Beşiktaş, on the other hand, crushed Osmanlıspor (5-1) at Istanbul's Vodafone Stadium. Ryan Babel scored a hat-trick for the Black Eagles.

*Hakan Baş contributed to this report.