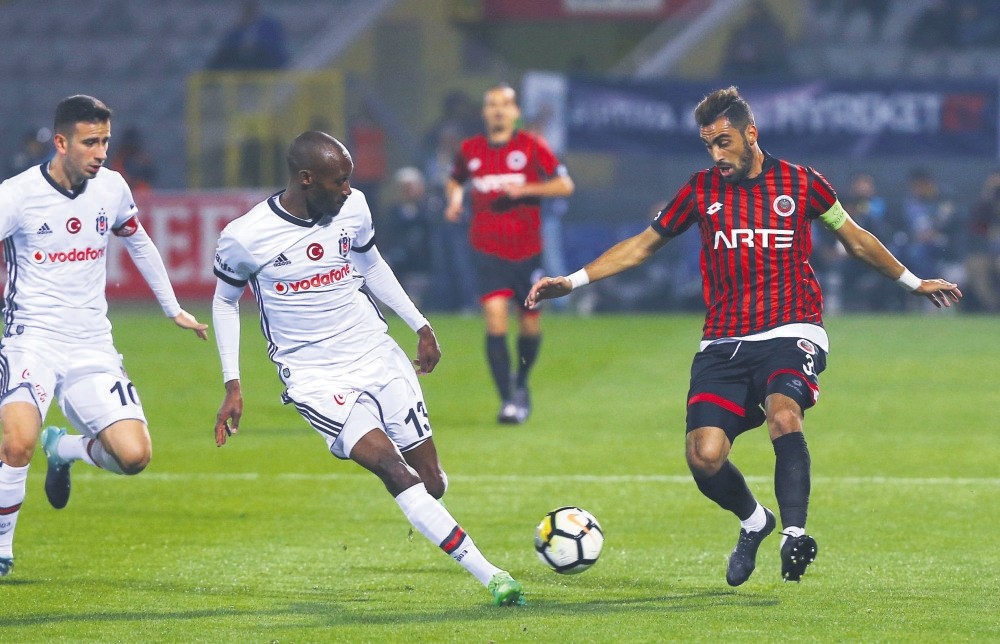 With at least seven teams in the title race, the Turkish Super League is easily the most competitive league in Europe at the moment

As far as points difference go, the Turkish Super League is easily the most competitive in Europe at the moment with just five points separating the top seven teams.

With the first half of the season coming to a close, the title is still up for grabs. At the end of week 16, current leaders Medipol Başakşehir have 33 points. They are closely followed by Fenerbahçe with 32 points, which has bounced back from a horrible start to the season, winning five matches in a row.

Galatasaray, on the other hand, has dropped to third after spending most of the first half at the summit. The Lions also have 32 points but their performance has been on a downward spiral in recent weeks.

Reigning champions Beşiktaş, Kayserispor and newcomer Göztepe are separated by goal difference as they take the fourth, fifth and sixth spots, respectively.

The Black Sea side Trabzonspor, which is currently on a brilliant five-match winning streak, has climbed to seventh with 28 points.

In comparison, the points tally for Europe's top leagues suggests that the title race might be less competitive with league leaders pulling away at the top of the table.

In the English Premier League, Manchester City has racked up 52 points and holds a massive 11-point lead ahead of second-best Manchester United.

The point gap is even bigger with third-placed Chelsea who has 38 and fourth-placed Liverpool with 34.

The story is the same in Germany where Bayern Munich has opened up an 11-point lead over second placed Schalke 04, who has 30. Third-placed Dortmund has only 28 points.

In the Spanish La Liga, which is home to stars like Cristiano Ronaldo and Lionel Messi, Catalan powerhouse Barcelona has extended its lead to six points over its nearest rival Atletico Madrid, who has 36 points. They are followed by Valencia with 34 and Real Madrid with 31 points.

Barcelona had moved 11 points clear off archrival Real Madrid in the very early stages of the league.

In terms of competitiveness, only the Italian Serie A comes close to the Super League.

At the end of game week 17, Serie A leader Napoli has 42 points. The points gap between the top four in the league is just four. Second-placed Juventus has 41, while Inter is third with 40 and Roma fourth with 38 points.

Meanwhile, week 16 action in the Super League's came to an end with two matches on Monday. Fenerbahçe extended its winning run to five matches beating bottom-dwellers Karabükspor 2-0 in Istanbul while Göztepe defeated a hapless Konyaspor 1-0.