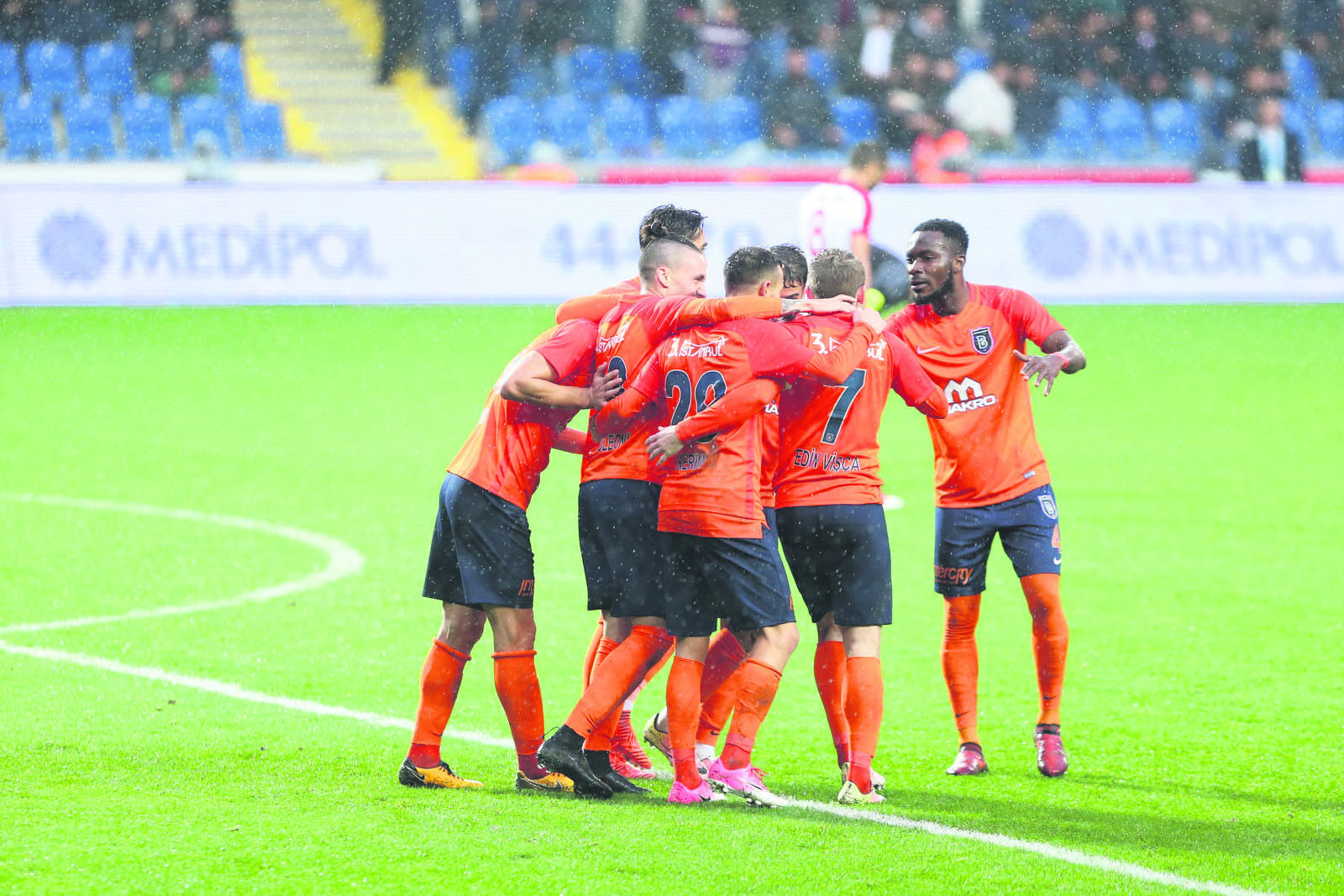 After coming in second last season, the Super League's emerging powerhouse Medipol Başakşehir has seemingly overturned the "big three" monopoly as it currently leads the table ahead of Fenerbahçe, Galatasaray, and Beşiktaş.

After game week 16, Başakşehir has 33 points and it hasn't lost against any of top eight teams.

It got the most remarkable win against Galatasaray, thrashing the Istanbul powerhouse 5-1 in game week 12. Earlier, it beat Fenerbahçe 3-2 on the road.

Başakşehir also beat Bursaspor 1-0 and Göztepe 2-1 but drew 2-2 with Trabzonspor, 1-1 against Beşiktaş and Kayserispor.

Super League's game week 17 actions will kick off tonight with the game between Antalyaspor and Aytemiz Alanyaspor.

Both teams will be looking for a win that will help Alanyaspor, placed 13th, to steer clear of the drop zone and bring Antalyaspor, currently 16th, out of it.

The Yellow Canaries have won five consecutive matches putting themselves firmly back in the title race with 32 points. Beşiktaş, on the other hand, is also on track in the fourth place with 30 points.

With the first half of the season coming to a close, the title race is still wide open.

Galatasaray, who led that table for most of the first half, has dropped to third. The Lions also have 32 points but their performance has been on a downward spiral in recent weeks.

Reigning champion Beşiktaş, Kayserispor and newcomer Göztepe are separated by goal difference as they take the fourth, fifth and sixth spots, respectively.

The Black Sea side Trabzonspor, which is currently on a brilliant five-match winning streak, has climbed to seventh with 28 points.