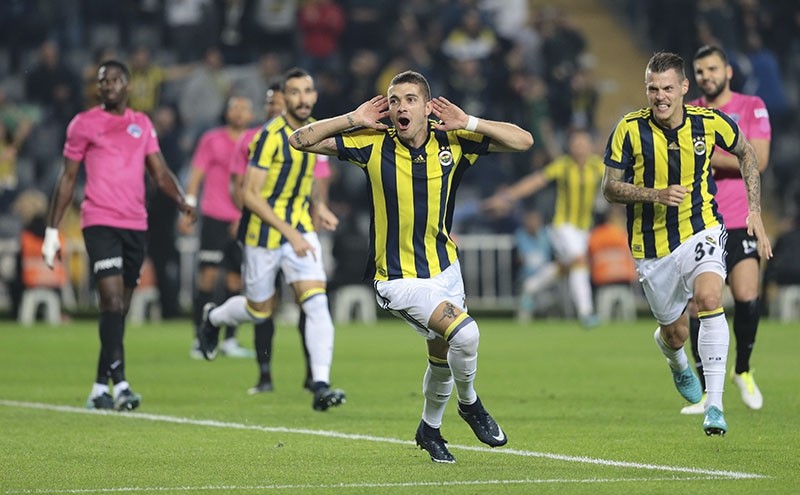 Turkey is one the most preferred countries among football players as the income tax rate in the country is lower than that in Europe, a professor said.

In December, the Turkish parliament approved a code that football players in Turkey's Super League will be tied to 15 percent income tax until Dec. 31, 2019.

He stated that the aim of lowering the tax rate is to boost the quality of Turkish Super League by attracting more European stars.

In addition to Valbuena, Fenerbahçe strengthened their offense with 32-year-old Spanish striker Roberto Soldado. He is a former player of English club Tottenham Hotspur and Real Madrid. He has also played for Spain's Valencia before moving to Tottenham.

"The regulations like this are needed for developing and supporting sports in Turkey and increasing brand value of the league", Devecioğlu added.

Players in Germany, Spain, Italy and England, where level of competition is higher than the Turkish Super League, are paying more income tax than their co-workers in Turkey.

However, France is holding the record cost since a player in the French top division Ligue 1, who bags net 1 million euros per year, costs 2.74 million euros ($3.24 million) to his club.

"Last year Panama files were published. Barcelona striker Lionel Messi and his father, who is Messi's agent, faced court over tax evasion claims for investing his income in offshore banks," he added.

Messi was found guilty for exploiting his image rights that he earned in 2007, 2008 and 2009. Messi and his father Jorge Horacio were charged for defrauding Spain of 4.1 million euros ($4.85 million).

The court in Barcelona found out that the duo used tax havens in Belize and Uruguay.

Messi rejected tax evasion claims but the court gave him 21-month prison sentence. Later, a Supreme Court in Spain swapped the jail sentence with the fine.

The professor said insufficient legislative regulations have led to the formation of an informal economy in football. "Money laundering is still there in football and this cannot be controlled."