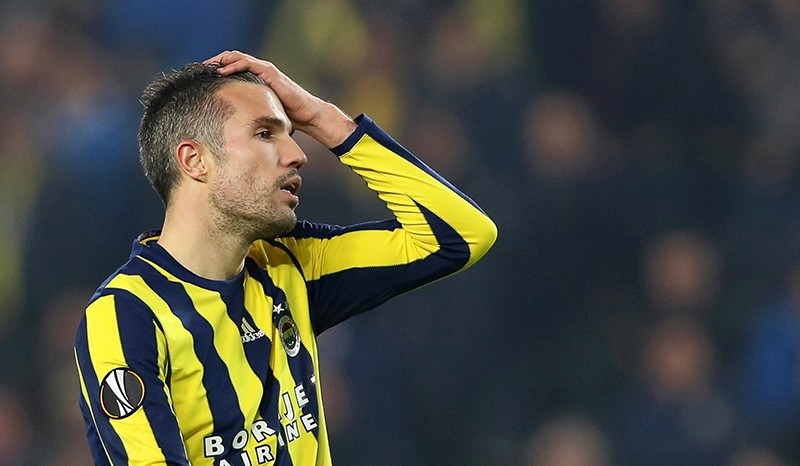 With big performance hitting an all-time low, Robin van Persie is likely to be shown the exit door by Fenerbahçe, who are said to be interested in Arsenal's Olivier Giroud

However, van Persie's three years at the Istanbul club was scarred by a number of injuries and he could score only 40 goals in 91 matches.

Back in June 2014, he told reporters that Manchester United fans hadn't seen the best of him yet and that he planned to play on until he was at least 40.

"Ideally, I want to play until I'm 40, maybe I can even stretch that to 42, but that's what I want because this is what I love doing and it's what I've done my whole life," the Dutch striker was quoted as saying by the Manchester Evening News.

But 12 months after that statement Van Persie was unceremoniously sold by the coach he was previously so close to, Louis van Gaal after his performance-levels suffered a steep decline during the 2014-15 campaign.

This season, however, Van Persie is yet to score a single goal, albeit having only made four appearances. He suffered a knee injury in September but, since returning in November, has not been selected by his manager, Aykut Kocaman, who continues to overlook him.

French publication L'Equipe, however, believes that Feyenoord will offer Van Persie the chance to extend his career. Feyenoord was Van Persie's first professional club and a return to De Kuip now looks certain. Meanwhile, Arsenal star Olivier Giroud is wanted by Fenerbahçe as a replacement for Robin Van Persie according to English tabloid, Sun. Giroud, 31, has scored 105 goals for the Gunners in 252 games in all competitions.

But he has been named on the bench for 60 of his 179 Premier League matches. Everton and West Ham offered him regular first-team football in the summer but he decided to stay put.

The Frenchman sustained a hamstring injury against West Ham last month. Fenerbahçe will also use Mathieu Valbuena, who Giroud knows very well from international duty, to convince him to move, according to reports.