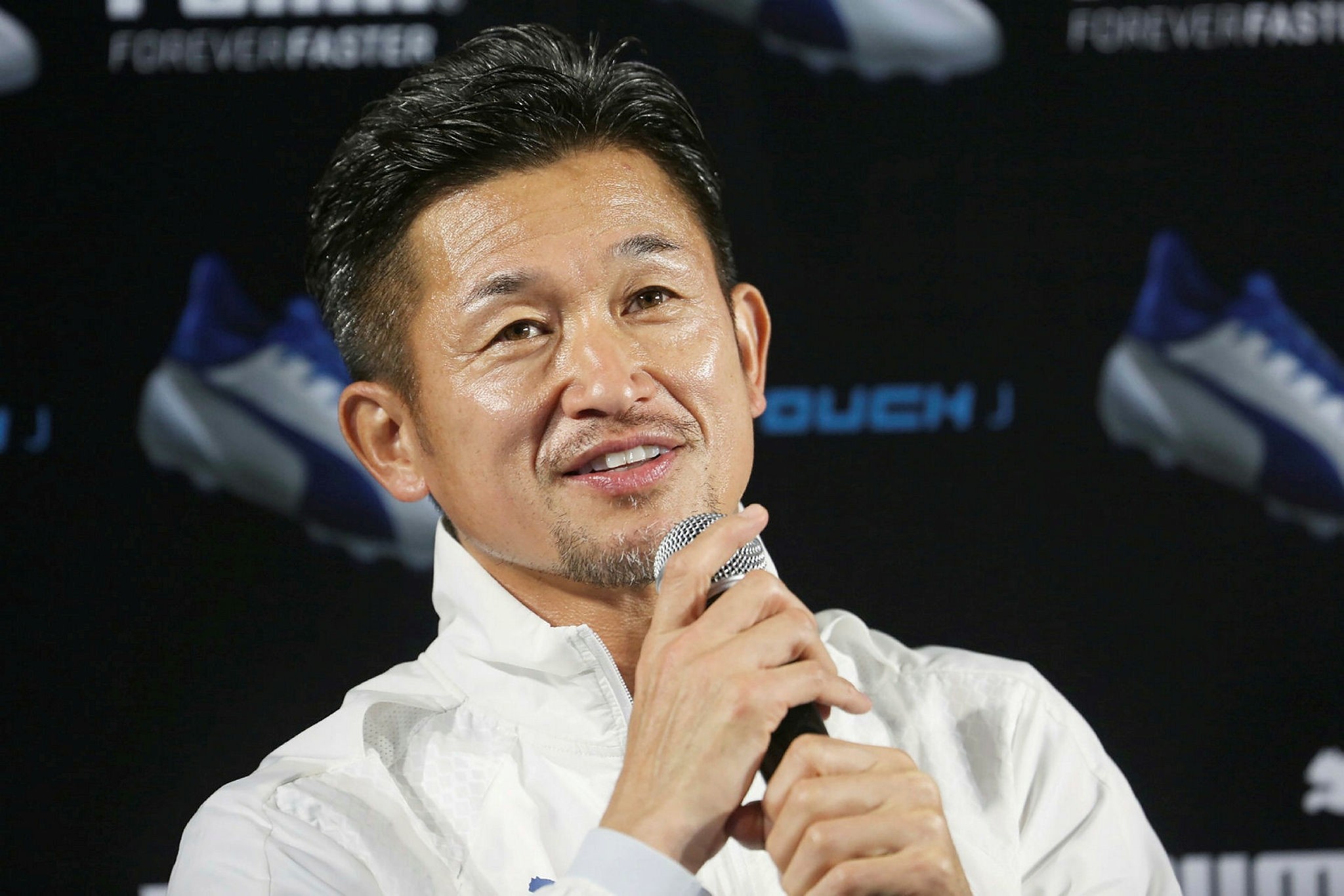 Japanese striker Kazuyoshi Miura, who will turn 51 next month, renewed his contract with Yokohama FC on Thursday, extending his record as the oldest player in the J-League.

The golden oldie, admiringly nicknamed "King Kazu" for his spirited grit and style, will kick off his 33rd career season this year after a stunning 2017 in which he surpassed the previous professional longevity record set by England legend Stanley Matthews.

Miura also became the oldest player to score a competitive goal in a professional match last year, another record held previously by Matthews.

"I was able to renew the contract this season too," Miura said in a brief statement issued by the second-division Yokohama FC.

"At all time, I hope to grow by fully facing football with all of my strength."

Miura shot to fame in the early 1990s, becoming Asia's best-known footballer and helping to put the Japanese game on the map after the professional J-League was launched in 1993.

He blazed a trail for Japanese players in Europe when he joined Italy's Genoa in 1994, and scored 55 goals in 89 games for Japan.

Miura has said he wants to play on until he's 60.