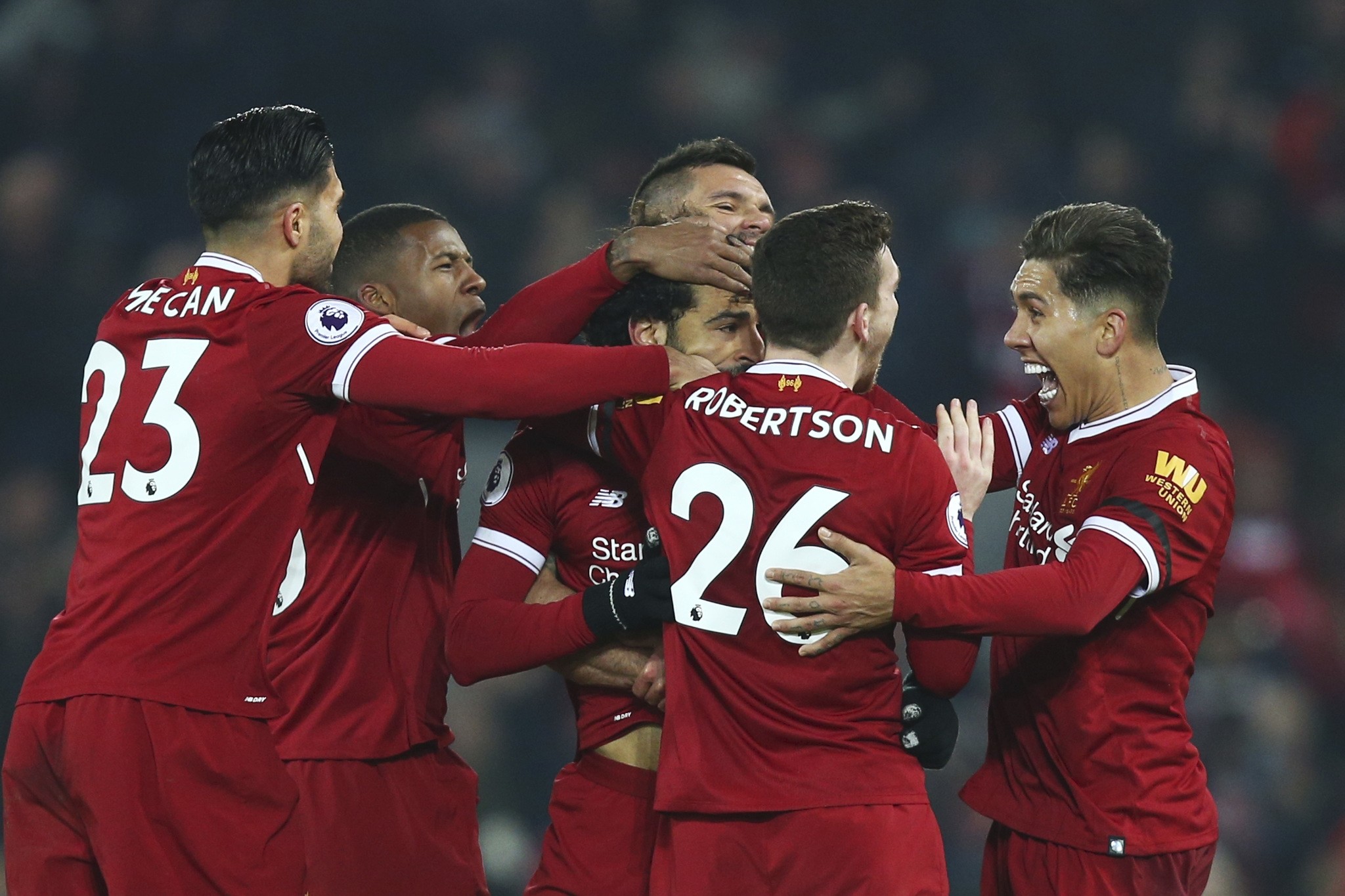 Liverpool players celebrate with Mohamed Salah, center, after he scored his side's fourth goal during the match between Liverpool and Manchester City. (AP Photo)
by Jan 14, 2018 12:00 am

Liverpool scored three times in nine second-half minutes on the way to a dramatic 4-3 win over Manchester City on Sunday which ended the Premier League leaders' unbeaten start to the season.

Liverpool struck after less than 10 minutes when Alex Oxlade-Chamberlain surged forward from midfield to collect a neat layoff from Roberto Firmino and send a low shot past City keeper Ederson.

Leroy Sane equalized five minutes before the interval, but Liverpool blew City away after halftime with Firmino chipping Ederson to restore the home side's lead and Sadio Mane striking from the edge of the box.

Egypt international Mohamed Salah looked to have completed the rout when he collected Ederson's clearance and sent the ball sailing back over the stranded keeper's head, but City substitute Bernardo Silva grabbed one back and midfielder Ilkay Gundogan prodded home in stoppage-time.

City's first league defeat this season left them 15 points clear at the top, ahead of Manchester United, Liverpool and Chelsea.