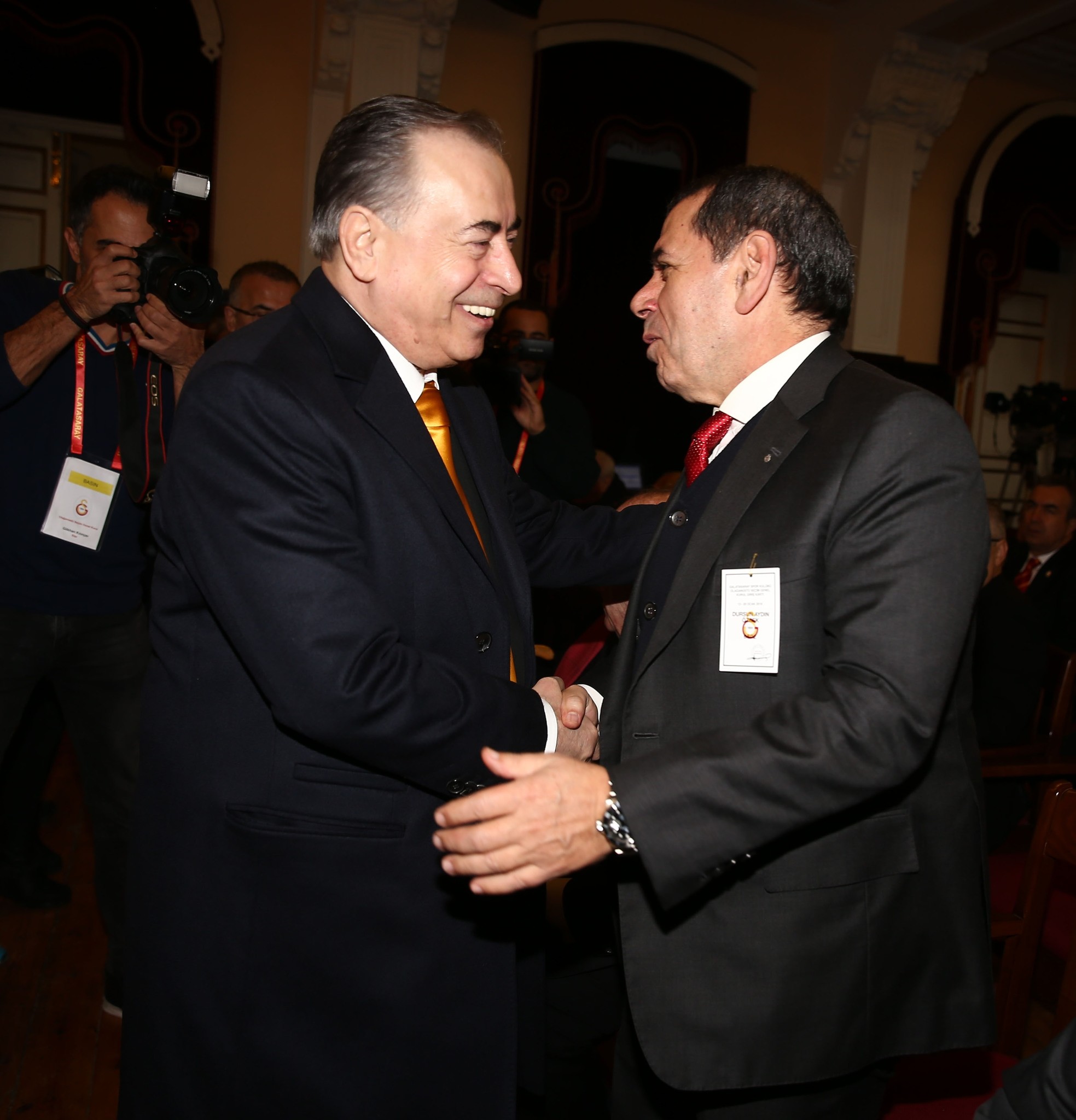 Cengiz's election brings an end to former Chairman Dursun Özbek's two-year, eight-month reign at the club. Özbek, who became chair on May 23, 2015, with a landslide victory over Turgay Kıran and Ahmet Özdoğan, became a victim of his own decision to hold a snub election ahead of the regular polls in May.

Critics said that Özbek decided to hold the elections on a short notice so as not to allow rivals to prepare well.

Under Özbek, Galatasaray won five cups, a Super League title that brought the club its fourth star, two Ziraat Turkish Cups, and two Super Cups. In addition, Galatasaray Odeabank men's Basketball team won the 2015-2016 ULEB European Cup. His time at the club will also be remembered for its failure to bring in the right coaching staff. At the time of his election, Hamza Hamzaoğlu was the head coach and despite winning three cups in a year the young coach was fired for one of his statements.

The other coaches working under Özbek's chairmanship include Mustafa Denizli, Jan Olde Riekerink, and Igor Tudor, of whom none could either provide stability or trophies. He reinstated Galatasaray veteran Fatih Terim at the helm last December. Özbek also struggled to provide stability within the club administration as three members of the board resigned during his term. However, he initiated a number of important projects for Galatasaray. He signed an agreement with Turkey's state-backed real estate developer, the Housing Development Administration of Turkey (TOKI), to evaluate the club's Riva and Florya Metin Oktay facilities, which may bring a huge financial for the Istanbul giants.