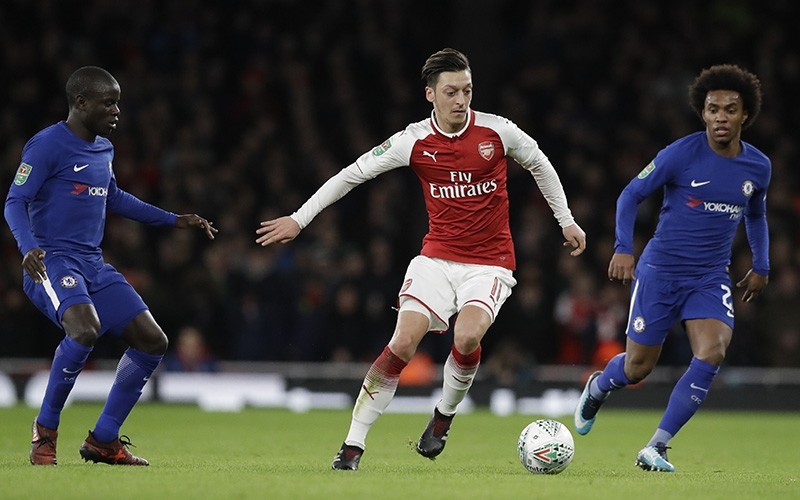 German World Cup winner Mesut Özil gave Arsenal a big boost on Wednesday by finally agreeing a new contract which will see him become the highest paid player in the club's history, according to the BBC.

Speculation over both Özil ​and Chilean Alexis Sanchez's futures have plagued the club for almost a year, as both their contracts were up at the end of the present campaign.

However, whilst Sanchez left for Manchester United, where he has become the highest paid player in the Premier League at a pre-tax weekly wage of £500,000, Özil has committed himself to Arsenal until 2021.

According to the BBC both parties reached an agreement last weekend, and Özil signed the new contract at Arsenal's training ground on Wednesday.

Arsenal have had a busy Wednesday as Gabon striker Pierre-Emerick Aubameyang signed for reported club-record £56 million from Borussia Dortmund, a move which is likely to prompt Olivier Giroud's departure to Chelsea.

Mercurial playmaker Özil, a key member of the Germany side that won the 2014 World Cup, has scored 36 goals in 182 appearances and provided a high number of assists.

Özil is a third-generation Turkish-German whose ancestors came from Turkey's Zonguldak city on the Black Sea coast. He attributes his "technique and feeling for the ball" to his Turkish side.