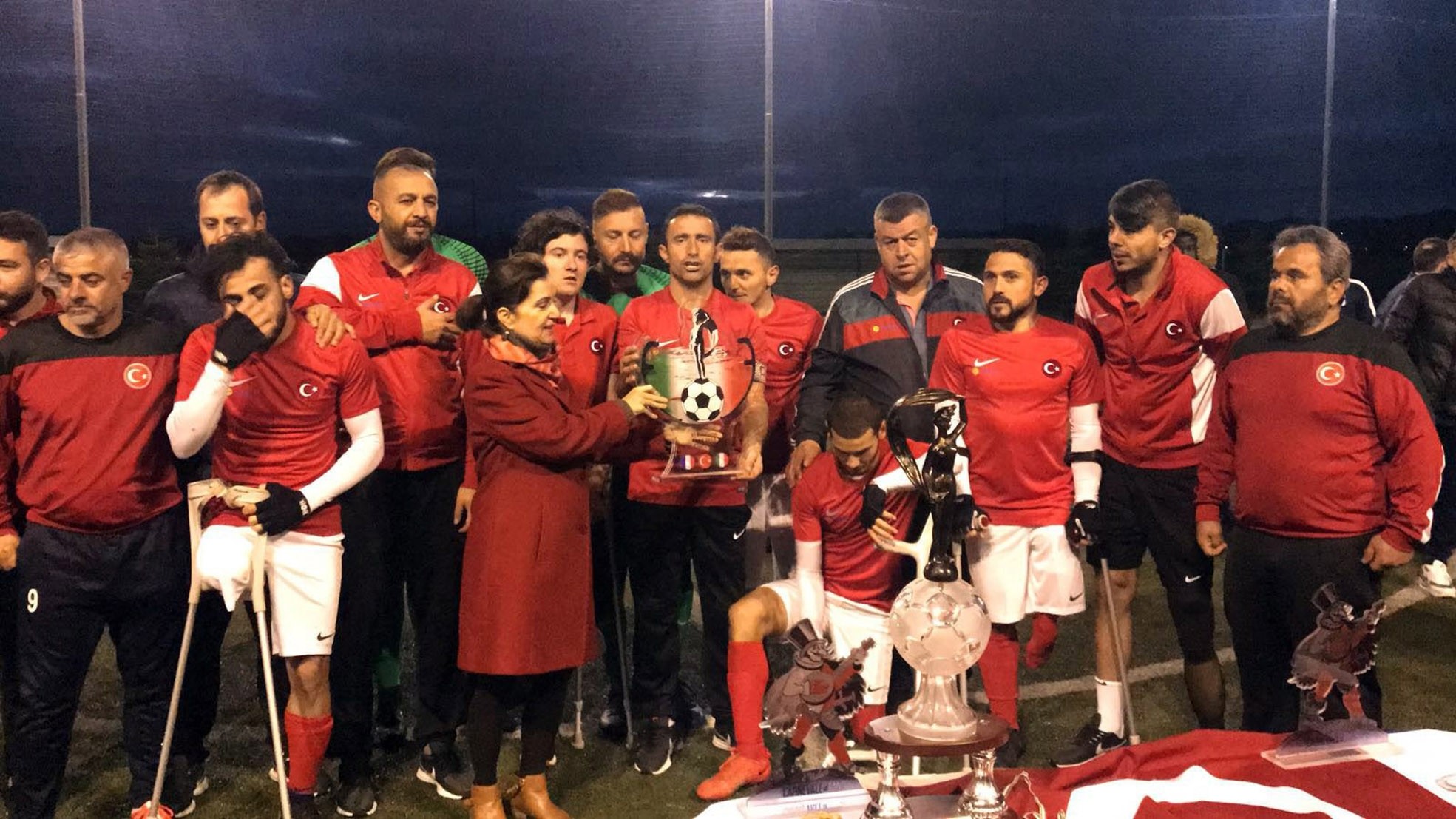 After winning the European title last October, Turkey's National amputee football team has added another made in its cap by winning the Amputee Football Fano Cup, in Fano, Italy.

In the tournament, organized by the Fano Municipality, Turkey put five past both France and hosts Italy.

Team captain Osman Çakmak said, "We are keeping the promise we made to our nation and the president by winning more cups."

The final was held at Istanbul's Vodafone Park where the Crescent-Stars overcame a determined English team with a last-minute strike. Team captain Çakmak went down as a hero for his effort in bagging the title.

Following last year's title, the team captured the imagination of a nation let down by the senior side's failure to make it to this year's World Cup in Russia.

The senior team lost its last qualifying match against Iceland but it was not so much the defeat but the dispassionate manner of the loss that caused disappointment in the country. In contrast, seeing the amputee side give it they're all on the field captivated many fans.

Team captain and scorer of the winning goal, Osman Çakmak, lost his leg during an operation in the war against terrorism.

After the game he said: "I wish disability on no one, I wish there were no amputees. I don't want anyone to be an injured war veteran but we wanted to show what we are capable of to the rest of Europe and the world."