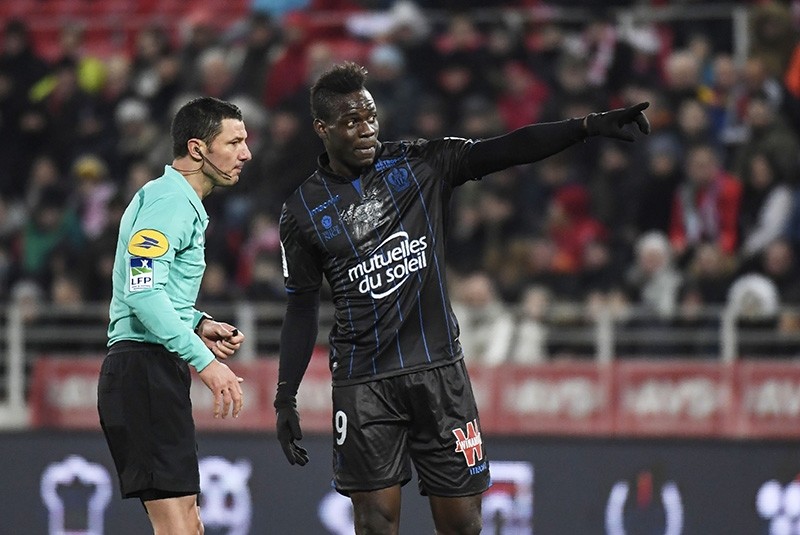 French football authorities told AFP on Monday they are looking into allegations by Nice forward Mario Balotelli that he "heard monkey chants directed at him" during a defeat at Dijon on Saturday.

The French League (LFP) told AFP "the case will be studied on Thursday by the disciplinary commission" but added that it doesn't have any other evidence at this stage.

Balotelli was booked for gesticulating angrily at the crowd in the game on Saturday. He then complained to the referee that he had been subjected to racist abuse.

Nice had posted a message on Twitter during the match claiming Balotelli had "picked up a yellow card after... getting annoyed at fans' racist abuse".

British organization Kick It Out, which campaigns against discrimination, weighed in with a statement saying it "was shocked to see Mario Balotelli booked for bringing to the attention of the referee alleged racist chanting directed towards him by Dijon supporters".

Kick It Out said it "expects a strong response from the French football authorities".

It is not the first time Balotelli, whose biological parents are from Ghana, has been the victim of racist abuse.

Last season Bastia were hit with a suspended one-point deduction and three-game partial stand closure by the French League over the behavior of some of their fans.

The club cancelled the season ticket of one fan in his 40s while a court in Bastia handed the fan a two-month suspended prison sentence, a 1,000 euro ($1,227) fine and an 18-month stadium ban.

Balotelli was also targeted while playing for both Inter Milan and AC Milan in his homeland.

In 2014 British police investigated offensive remarks directed at Balotelli, who has played for both Manchester City and Liverpool, on Twitter.