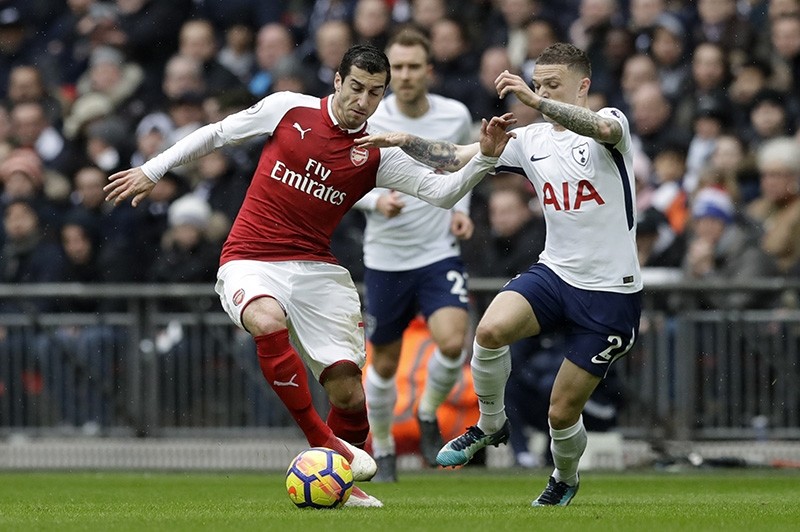 The Premier League's inflationary bubble burst Tuesday when the $6 billion sale of British television rights produced a drop in the value of matches.

The past two domestic deals both produced 70 percent jumps in the value of rights, fueling spiraling wages and transfer fees and cementing the competition's status as the world's richest league. But the auction of 2019-2022 rights left two of the seven packages still up for sale as Sky emerged the big winner and rival broadcaster BT saw its position weakened.

The sale of 160 games has raised 4.464 billion pounds ($6.2 billion), compared with 5.14 billion pounds for 168 fixtures from 2016 to 2019. The league will be looking to the sale of overseas rights to provide an upsurge in revenue for its 20 teams, who split the foreign income equally.

While remaining the biggest broadcaster of most games in Britain with four packages, Sky boasted how it was now paying 16 percent less per fixture in its 3.579 billion pound, three-year deal to show 128 games per season. That equates to savings of almost 600 million pounds for the European pay TV giant while showing an additional two games a year from the league it helped to grow from its inception in 1992.

But while Sky's price per game drops from 11 million pounds to 9.3 million pounds, BT had to agree to pay 9.2 million pounds — up from 7.6 million pounds — for one package of 32 games. The broadcaster, which was launched in 2013 by Britain's former telephone monopoly, has lost 10 games and will only screen games now on Saturday lunchtimes. BT said it "remained financially disciplined" while bidding.

The Premier League increased the number of games available for live broadcasting in Britain to 200, with only overseas channels able to air all 380 fixtures a year live in a bid to maintain large attendances at stadiums.

The Premier League said "multiple bidders" remain interested in the two remaining packages that allow broadcasters to show every game in four rounds of matches. It is the first time an entire schedule of fixture can be aired live domestically, and there is intrigue over whether digital companies like Amazon, Netflix or Facebook will use them as a chance to gain a foothold in the Premier League.

"To have achieved this investment with two packages of live rights remaining to sell is an outcome that is testament to the excellent football competition delivered by the clubs," Premier League chairman Richard Scudamore said. "It provides them with certainty and will underpin their continued efforts to put on the most compelling football, invest sustainably in all areas, and use their popularity and reach to have a positive impact on the sport and beyond."

The 2019-2022 Chinese rights have already been sold to online video streaming service PPTV for $700 million in the league's biggest-ever global deal. In 2015, the American rights were sold through 2022 to NBC in a six-year deal worth $1 billion.

The auction comes amid uncertainty at Sky with regulators in Britain assessing the attempt by Rupert Murdochs's 21st Century Fox to buy the 61 percent of the broadcaster it does not already own. The Walt Disney Co. has also bid $52.4 billion to take over the majority of Fox in a deal that Disney envisages leading to full ownership of Sky.