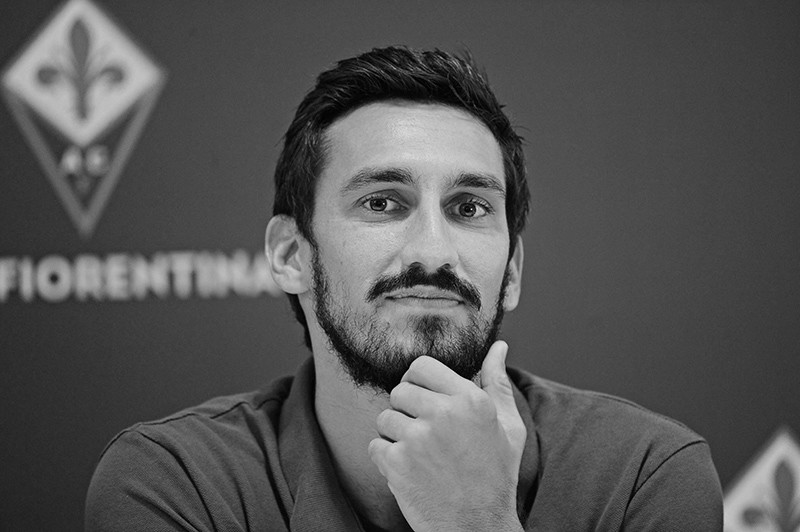 Fiorentina captain Davide Astori was found dead in his hotel room on Sunday at the age of 31 after a suspected cardiac arrest before an Italian league match.

The defender, who also played 14 times for Italy's national team, was discovered by Fiorentina staff when he failed to show up for breakfast at the hotel in Udine. Fiorentina's game at Udinese in northeast Italy was called off, along with all fixtures in the country's top two divisions.

Astori's body was taken to the Santa Maria della Misericordia Hospital for an autopsy.

"The belief is that the player died of a cardiac arrest by natural causes," Udine prosecutor Antonio De Nicolo said. "It is strange that such a thing should happen to a professional who is so closely monitored without there being any warning signs."

Fiorentina said Astori, who had played for the club since 2015, was "hit by a sudden illness." Club President Andrea Della Valle said Astori had been due to sign a new contract on Monday and that it would have tied him to the club "for life."

"For this terrible and delicate situation, and above all out of respect for his family, we appeal to the sensitivity of everyone," the team said in a statement.

Astori leaves behind his wife, Francesca Fioretti, and their 2-year-old daughter.

His wife was informed of the news by Fiorentina directors who visited her personally, while Astori's parents, who live in Bergamo, were told on the telephone.

The players in Genoa were warming up on the pitch when they were told of Astori's death and several walked off in tears. When the match was officially called off a photo of Davide Astori was shown on the giant screen and the fans broke out into a spontaneous standing ovation.

In Florence, fans attached scarves, flowers and messages to the gates of the team's stadium, while banners paying tribute to him were put up outside several other stadiums.

There was an outpouring of shocked reaction across the soccer world.