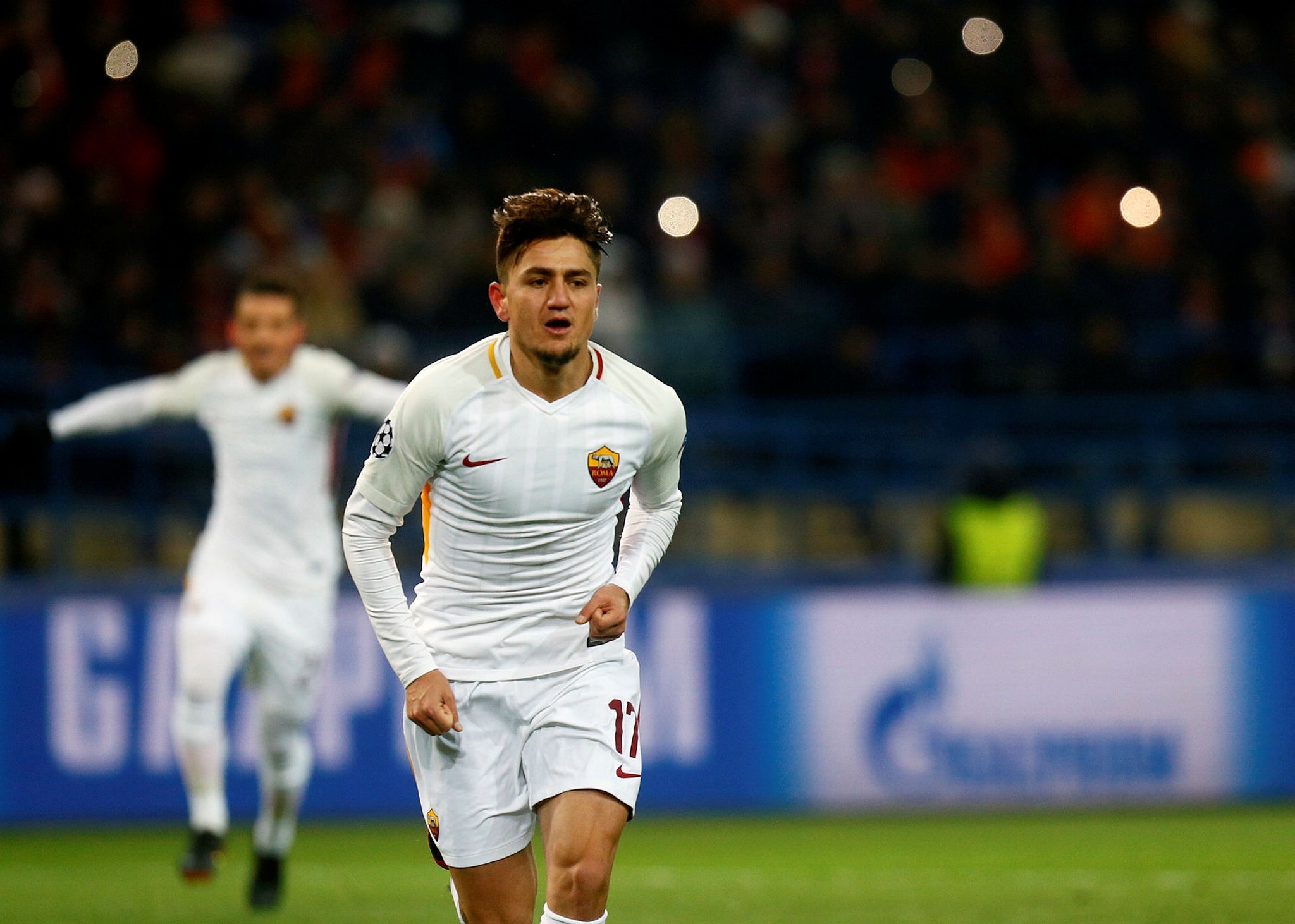 AS Roma's Turkish marksman Cengiz Ünder pulled off another masterclass as his side handed a shock 4-2 defeat to Serie A leader Napoli Saturday.

Ünder scored his fifth goal in five matches before teammate Edin Dzeko struck a brace that confirmed Napoli's only second defeat of the season. Though Ünder was substituted in the 72nd minute, Italian as well as international sports media were full of praise for the youngster. Football Italia, sports daily, wrote: "Since Francesco Totti's retirement and Mohamed Salah's departure to Liverpool, Romanisti were left speculating on who would become Roma's next X-Factor. Was it going to be Stephan El Shaarawy or Roman-born Alessandro Florenzi? Over the course of this month, the Giallorossi have discovered a new prodigy - a Turkish 20-year-old called Cengiz Ünder. Have the Lupi finally found their new rising star?"

Ünder signed for Roma last July for a fee of 13.4 million euro from Turkish Super League club Medipol Başakşehir. The Serie A star - despite his young age and inexperience in playing European football - has made seven appearances for the Turkish national team.

Before Turkish football fans became attached to Ünder's flair, the 20-year-old honed his skills with second-tier side Altınordu, a club that places high emphasis on youth development.

Meanwhile, Fiorentina captain Davide Astori, a defender who has also been capped by Italy 14 times, has died yesterday. He was 31. Astori was found in the early hours of yesterday morning in his hotel room in Udine, where the team was staying ahead of an Italian league match. He died in his sleep and was discovered by teammates when he failed to show up for breakfast. Fiorentina's match against Udinese was immediately called off, swiftly followed by Genoa vs. Cagliari, which was scheduled to kick off shortly after the news emerged. The rest of Sunday's Serie A fixtures were also postponed a short time later.