Galatasaray finishes 24th week on top as Eagles march on 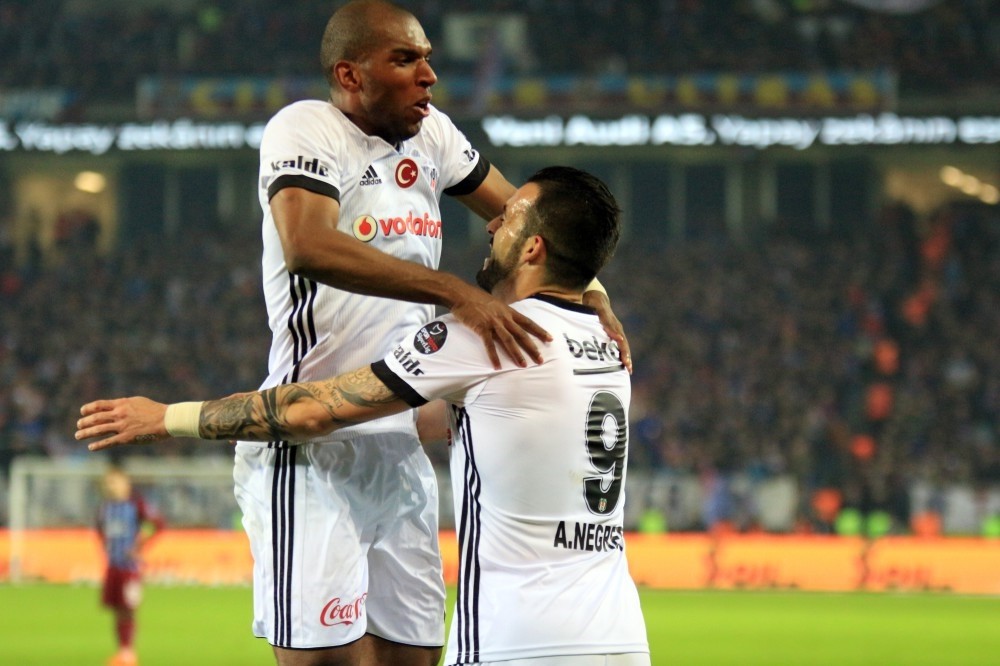 Turkish Super League's 24th match week ended on Monday with a showdown between Beşiktaş and Trabzonspor. The Eagles defeated Trabzonspor 2-0 in Trabzon's Medical Park Stadium, thanks to a brace by Dutch winger Ryan Babel. It's the team's second big victory in consecutive weeks after they defeated archrival Fenerbahçe 3-1 in last week's derby.

Beşiktaş has managed to collect six points in two very difficult matches. This is a great feat considering the fact that facing Trabzon at their home turf is one of the most difficult matches in the Turkish league. Two goals within 10 minutes in the second half helped improve their unbeaten league run to seven matches.

In the 71st minute, Spanish striker Alvaro Negredo provided an assist to Ryan Babel who finished easily in the penalty box. The second goal came in the 78th minute with another assist by Negredo for Babel. Beşiktaş are now in third place with 47 points, three behind leaders Galatasaray and Medipol Başakşehir.

As the title race continues, Fenerbahçe is the only losing side among the competitors this week. Akhisarspor defeated the Canaries at home 2-3 by on Sunday evening, losing their first ever home game in nine matches.

Akhisarspor, despite Fenerbahçe's pressure, found two goals in the first half with Serginho Mineiro and Evgen Seleznyov. In the second half, the Yellow Canaries' attacking midfielder Giuliano's header cut Akhisar's lead to 2-1, but the Manisa team responded with a header of their own, thanks to Daniel Larsson.

Forward Aatif Chahechouhe's 67th minute goal again cut the lead to one, but it was not enough as Akhisarspor got three points. Fenerbahçe stayed at 44 points with the loss – they are now six points behind leaders Galatasaray and second-placed Medipol Başakşehir.

In the 2017-18 season, Fenerbahçe were not able to mount comebacks when they were down – they lost four and drew five times. This was the first time that Fenerbahçe lost back-to-back matches in the league since the 2013-14 season.