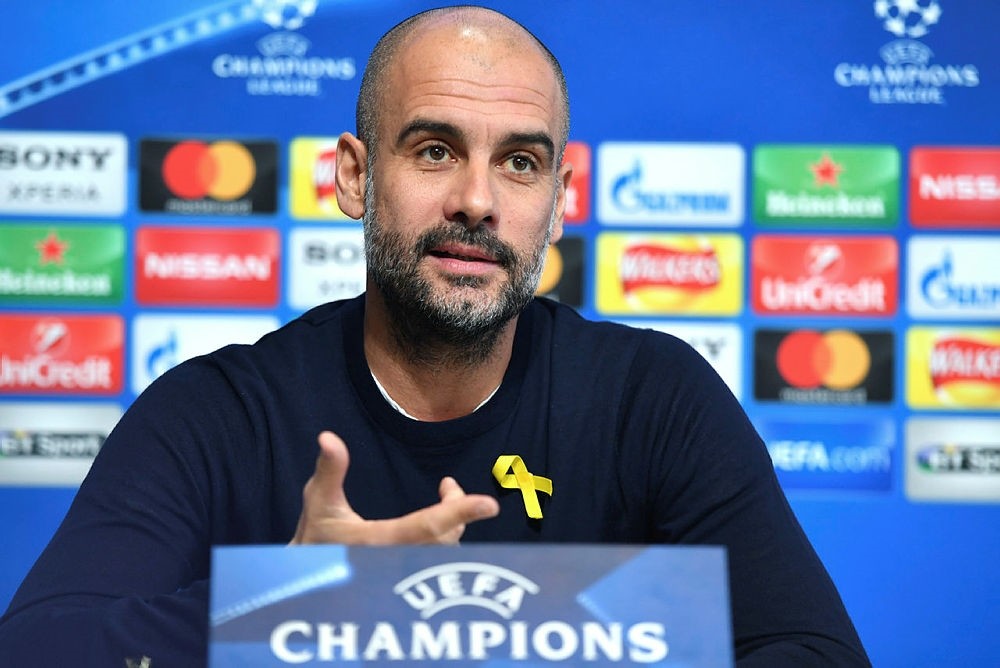 Manchester City's Spanish manager Pep Guardiola wears a yellow ribbon pinned to his jumper as he attends a press conference at the City Football Academy in Manchester, U.K., March 6, 2018. (EPA Photo)
by Compiled from Wire Services Mar 09, 2018 12:00 am

Guardiola was fined 20,000 pounds ($28,000) and warned about his future conduct for promoting a political message.

Guardiola said earlier this week that the ribbon was not about independence but support of "four people who are in jail when they didn't do anything to be in jail."

Guardiola was referring to Catalan politicians who have been jailed or went into exile after a secession bid in October. The region held an independence referendum that was banned by Madrid.

Earlier, The FA's CEO, Martin Glenn, said Guardiola was annoying many Spaniards by wearing the ribbon.

"Things like a poppy are OK but things that are going to be highly divisive are not. And that could be strong religious symbols, it could be the Star of David, it could be the hammer and sickle, it could be a swastika, anything like Robert Mugabe on your shirt, these are the things we don't want," he said.

Glenn added that the FA was "even-handedly" trying to apply the laws of the game.

Guardiola can continue to wear the ribbon outside games — he wore it during a news conference Tuesday — but not on the sideline during matches.