Cengiz Ünder is Roma's footballer of the month 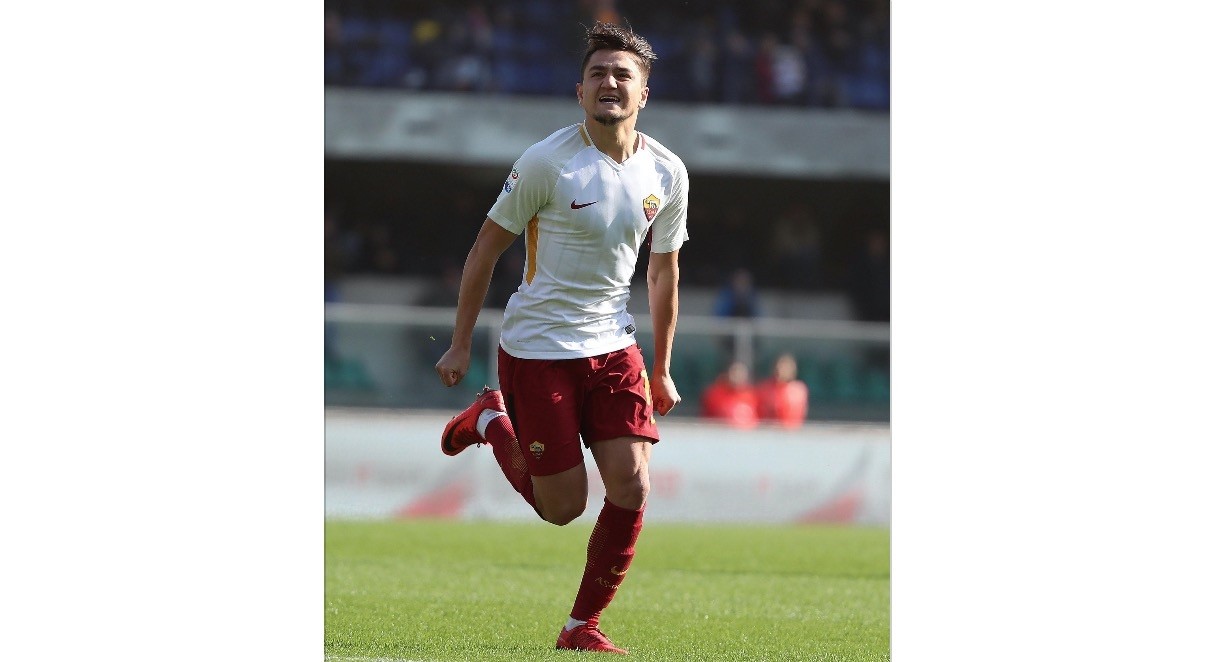 Cengiz u00dcnder enjoyed a breakthrough month - scoring five goals in five games in all competitions as he found the net in each of Romau2019s three wins in that span.
by Daily Sabah Mar 10, 2018 12:00 am

After a stellar spell in Serie A and the Champions League, AS Roma's Turkish star Cengiz Ünder has won the club's Volvo Player of the Month award for February.

In a statement on Roma's website, the club wrote: "Congratulations to Cengiz Ünder, who has been voted the Volvo Player of the Month for February. The Turkish winger enjoyed a breakthrough month - scoring five goals in five games in all competitions as he found the net in each of Roma's three wins in that span. Cengiz was the choice of the fans when it came down to Player of the Month voting, beating out Alisson Becker and Federico Fazio for the award. Congratulations Cengiz!"

Talking about Ünder rise, Roma fan site chiesaditotti.com said: "While those in the know wouldn't have called Ünder's ascension a total shock, the extent to which he's essentially become irreplaceable in Roma's starting lineup so soon has perhaps been the storyline of the season, let alone the month. From August through the end of January, Ünder had played all of 505 league minutes, or less than Bruno Peres, and was more of an intriguing curiosity than a legitimate weapon. In that scattering of minutes, Ünder failed to score a single goal and managed only eight chances created. That's not a judgment call, he was just a young kid on the end of a talented bench.

But this past month... this past month was his coming out party. In four league matches, Ünder tallied 383 minutes, scored five goals, contributed one assist and matched his previous eight chances created. Ünder's rise was so meteoric that at one point during the month ESPNFC ranked him as the 8th best player in the world. And with a goal during the weekend upset over Napoli, Ünder shows no signs of slowing down."

Ünder was not involved in any goals in his first 14 matches with Roma and was starting to be seen as a misplaced acquisition by new sporting director Monchi. Until he scored 43 seconds into a 1-0 win over Hellas Verona at the start of the month that ended Roma's five-match winless streak in Serie A. Then came the brace and an assist as Benevento was beaten 5-2.

"Ünder has done extraordinary things and improved a lot," Roma coach Eusebio Di Francesco said. "Right now he's a decisive player." In a 2-0 win at Udinese, Ünder scored the opener with a powerful, rising shot from beyond the area. The fine form extended to Ünder's Champions League debut against Shakhtar Donetsk. Ünder's opener in a 2-1.